#VIFF2018: A big fattie of a film festival that will alter perception

Boasting more than 216 feature films from 55 countries, The Vancouver International Film Festival is one of the beefiest film smorgasbords on the circuit. It can all be a little overwhelming, but veteran critic Katherine Monk offers five vetted bets to get your cinema season started.

Edge of the Knife

(September 30, 2018) VANCOUVER, BC — Good news. It’s raining. So dispense with the guilt of spending long days in the dark, where the reclining stadium seats are warm and cozy and the prospect of seeing something surprising, foreign or mentally challenging is inescapable. Surrender to the cinematic urge, because the Vancouver International Film Festival kicked off Thursday with a screening of Kim Nguyen’s The Hummingbird Project and continues for the next two weeks, unleashing 216 feature films that cover the distance between Hollywood mainstream and art-house eccentricity.

Those seeking an early glimpse of Oscar contenders can catch headliners such as Jason Reitman’s latest, The Frontrunner, starring Hugh Jackman as Presidential hopeful Gary Hart, or Robert Redford in The Old Man and the Gun, a heist movie with comic undertones from David Lowery. There’s no panic if you can’t make it. The big ones are all slated to open theatrically later this year, so Collette, Everybody Knows, A Private War, Boy Erased and a handful of others featuring big stars and known directors will be hitting a theatre near you.

Most of the others will disappear after their brief projections, left to linger in the infinite — awaiting a streaming deal or an independent booking. Yet, so often it’s these little movies that make the festival experience what it is. They help us see from a different point of view, and frequently celebrate people who remain invisible in the frothy tides of the daily news cycle.

So with the aim of helping you navigate the swirling seas of cinematic possibilities, I’ll be weighing in with a daily bet, beginning with this selection of five films that won’t disappoint.

1. Boy Erased: Joel Edgerton’s jaw-dropping second feature sneaks up on you. Based on the memoirs of Garrard Conley, the actor-director brings the true story of “conversion therapy” to the big screen and essentially forms the logical bookend to Girl, Interrupted. Jared (Lucas Hedges) is a basketball jock and son of the local pastor (Russell Crowe), but when he heads to college and becomes the target of rumour, he decides to share the doubts about his sexual orientation with his concerned parents. Edgerton captures the hushed tones of his family’s shame in every frame, and forces us to watch Jared bear the cross as he heads down his own Via Dolorosa on his way to Bible conversion camp (Love in Action, a treatment facility in Memphis). With Canadian director-actor Xavier Dolan playing one of the other patient-inmates, and Edgerton himself as the would-be drill sergeant in charge of libidos, the director creates an open canvas for Hedges to apply trembling strokes of pigment and shades of complex, emerging emotions. It’s a gorgeously subtle take on a world of black mascara and white value systems, proving Edgerton’s talent as an A-list director and reaffirming Nicole Kidman’s ability to bring warmth and humanity to characters that could easily turn into caricature. For ticket info, click here.

2. The Sisters Brothers: Jacques Audiard (Rust and Bone, A Prophet, Dheepan) adapts Vancouver-Island born author Patrick deWitt’s story of two outlaw brothers on the Oregon frontier, and turns it into a quiet indictment of the American ethos. It’s 1850, the gold rush has everyone it its febrile grip — including those in power, who fear overnight wealth could upset the status quo. A murky figure called only “The Commodore” hears there’s a chemist with a formula for finding gold, and sets the Sisters Brothers to secure the man and the formula. There’s already a spy (Jake Gyllenhaal) following the chemist’s every move. All the boys have to do is show up and grab him, but sibling conflict and a budding sense of morality pull this wagon off the expected trail and take us into the wild, and sometimes funny, world of the un-romanticized West — where greed, not the man with the badge, tend to win the shootout for soul. (Sadly, the screening originally scheduled for October 7 was just cancelled. However, the film opens theatrically in select markets October 5.) 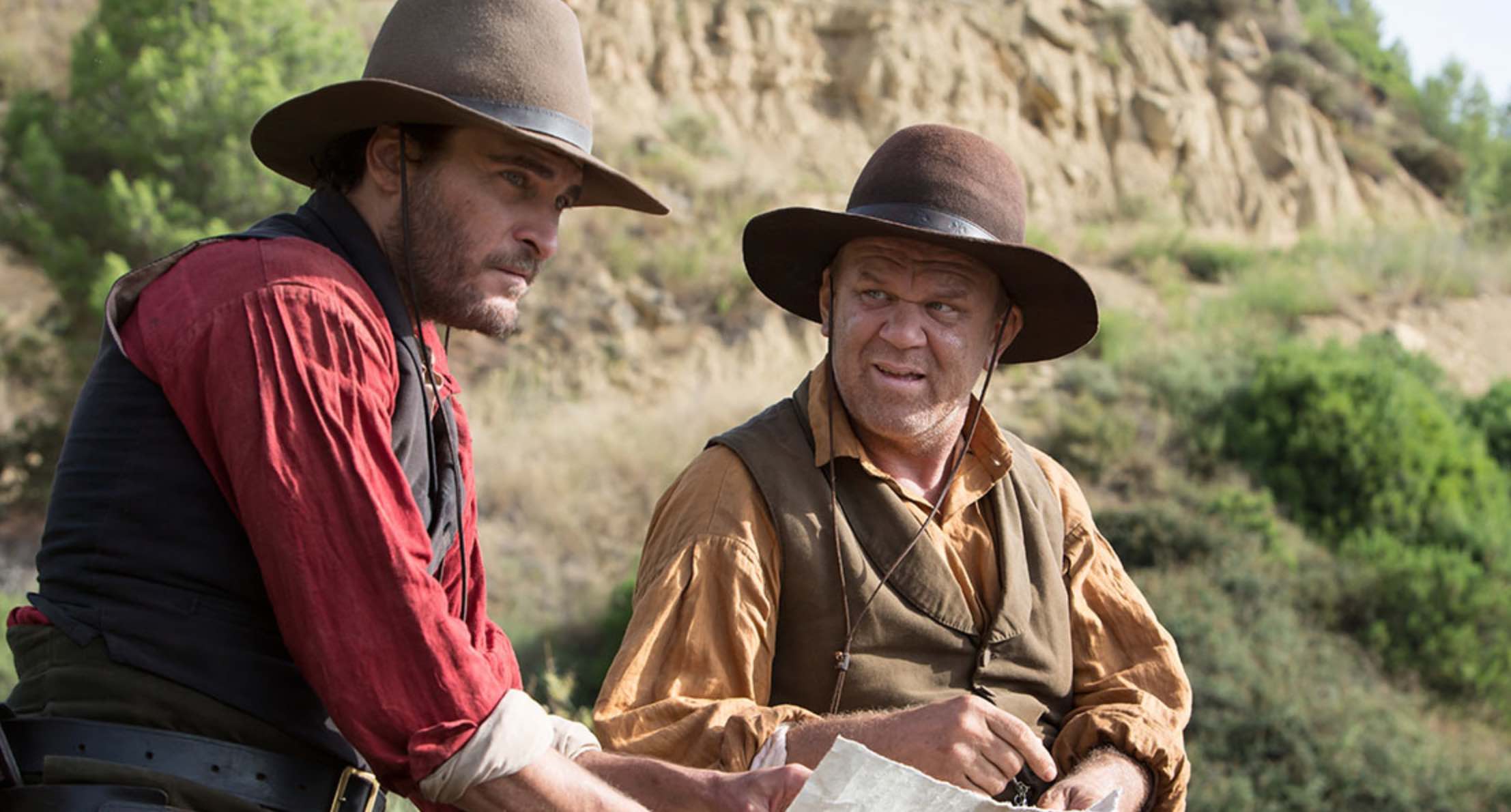 3. Styx: Sailing stories are specific journeys of the soul. From the documentary Deep Water, about Donald Crowhurst’s failed bid to race around the world, to the recent Adrift and Robert Redford’s All is Lost, the idea of a person facing the open ocean alone offers full immersion in existential angst. It’s a genre where other people tend to represent your salvation, so a full salute to Wolfgang Fischer’s sophomore effort Styx. This movie challenges what the very idea of salvation means, and how easily a desire to help can damn us. In the opening scene, we see  car accident, a random victim, and a first-responder removing the person from the wreckage. Only when we’re in the ambulance, and the camera holds on Rieke (Susanne Wolff), that we realize this is her story. She’s a helper. The next scene, she’s on her yacht Asa Gray, packing for a trip to a Ascension Island — Darwin’s “best-kept” secret: A fully artificially created eco-system designed as an experiment in the South Atlantic, 1600 km off the coast of Africa. After making it through a bad storm, she spots a crippled vessel on the horizon. It’s a trawler packed with desperate, near-death migrants. She radios for help, but when formal channels fail, she’s forced into the impossible position of putting herself in danger to help, or watching people die from a safe distance. A story of survival — at every level — Styx is definitely a voyage to the Underworld, where safe passage will probably cost you a chunk of soul. Click here for ticket information.

Susanne Wolff stars as Rieke, a doctor and first-responder who finds herself in a moral dilemma in Styx, Wolfgang Fisher’s feature set on a small yacht off the coast of Africa.

4. Edge of the Knife (Sgaa’way K’uuna): The first-ever Haida language feature film is truly a work of beauty, as well as gruesome horror. Set in the Haida Gwaii in the 1800s, we’re entering a post-contact world. White colonialism has yet to fully subdue the landscape, but this is still a story of transformation. Hoping to help his friend’s son on his voyage to manhood, Adiits’ii ends up putting him in harm’s way instead. When tragedy strikes, he heads deep into the forest. Given up for dead, he spends a winter alone, losing his humanity — and turning into a Gaagid, a wild man with the face of a monster. Produced with the team behind Atanarjuat and co-directed by Haida filmmaker Gwaai Edenshaw and Tsilhqot’in filmmaker Helen Haig-Brown, Edge of the Knife is a fully realized feature film that feels entirely fresh because it’s rooted in storytelling conventions that are unfamiliar to a white mind. Long takes, a spartan use of spoken language, and a palpable sense of comfort in the midst of nature — a place generally seen as “hostile” in the European tradition — take us to another place, and finally give us a glance of what the world looked and sounded like before we put a square frame around it. (Click here for tickets) 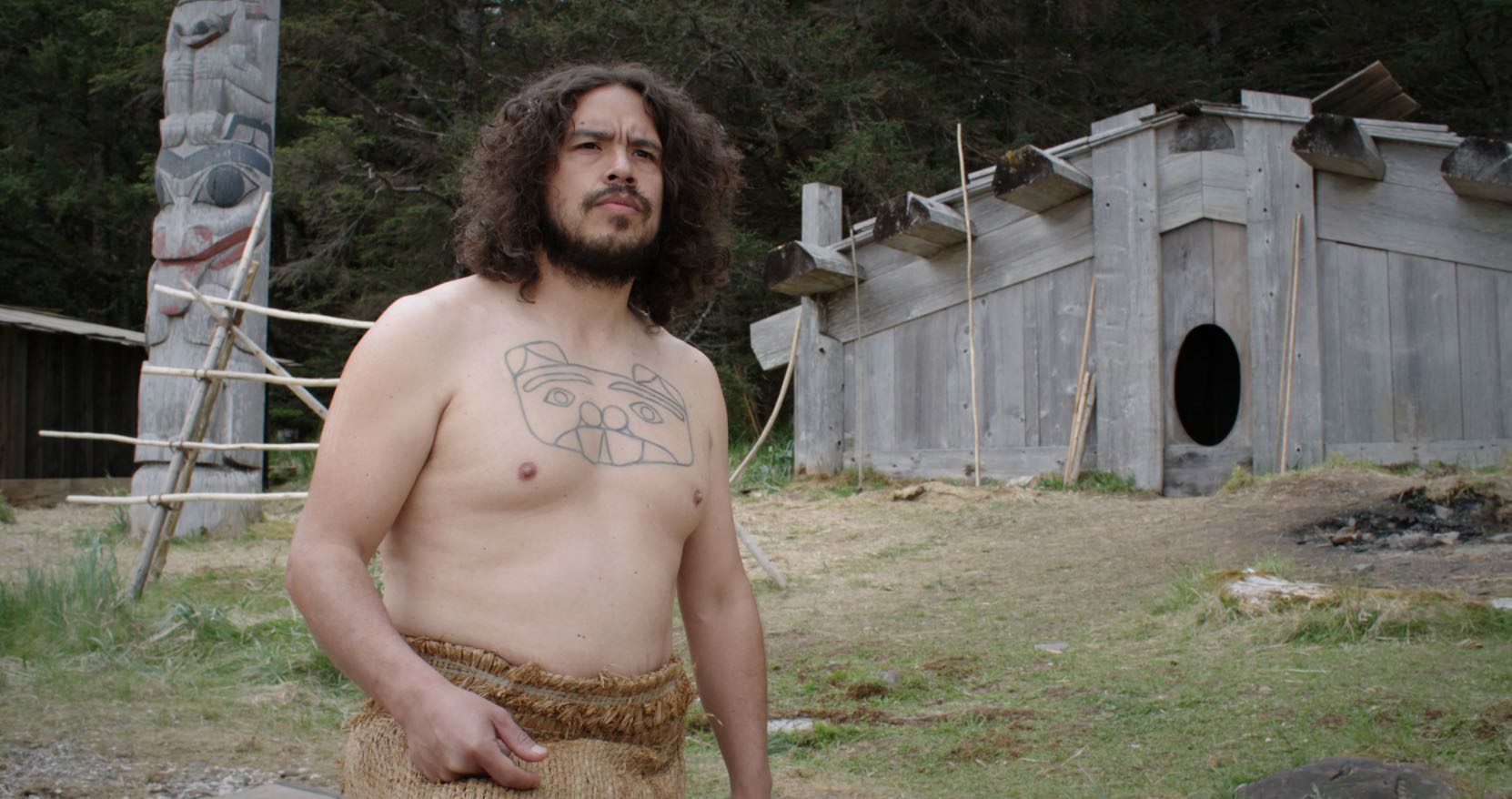 The Real Deal: Haida Gwaii gets its closeup in Edge of the Knife, the first-ever Haida-language feature shot on location with resident talent.

5. Le Grand Bal: When she was young, Laetitia Carton tells us she would attend an annual folk dance festival with her family. It was a place where thousands would gather to learn dance steps by day and dance all night, but the real joy was simply being in the company of others and letting the music guide your every move. This movie seeks to capture that freedom by helping us unbuckle from intellect. By merely immersing us in the surging milieu of a giant parquet in cinema verité style, Carton forces us to listen and watch. Every so often, she’ll offer a poetic voice-over, pondering the importance of seeing the world spin around you, and physically touching another human being. For the most part, the viewer is left to wander the camp site  beside her, meeting generations of folk enthusiasts, watching traditional dances resurrected, and contemplating the true spiritual power of moving your body to a driving beat. (Click here for tickets).

No Replies to "#VIFF2018: A big fattie of a film festival that will alter perception"