Margie Gillis moves through it

The Canadian dance icon digs deep in a new show that pays tribute to the Pulitzer-winning author of The Good Earth, but that’s just the beginning of Margie Gillis’s bid to help us ‘reincorporate’ and find our inner Pearl

(October 24, 2016) VANCOUVER – Dance icon Margie Gillis has many honours to pin on her lapels: Officer of the Order of Canada, Knight of the National Order of Quebec, Lifetime Achievement honoree at the Governor General’s Performing Arts Awards and the first-ever winner of the Stella Adler Studio’s MAD Spirit Award.

Yet, there’s one credit she’s particularly proud of, though it features no hardware, prize money or resume-worthy mention. “I was listed as one of the reasons why the Sun News Network failed,” says Gillis over a requisite latte in Vancouver Monday.

In town for a two-night performance of Pearl, a “Broadway-style” production that celebrates the life and work of Pulitzer-winning author Pearl S. Buck, Gillis talked about the fracas that puts arts funding on the front page, or what would later be dubbed “The Gillis Affair.” 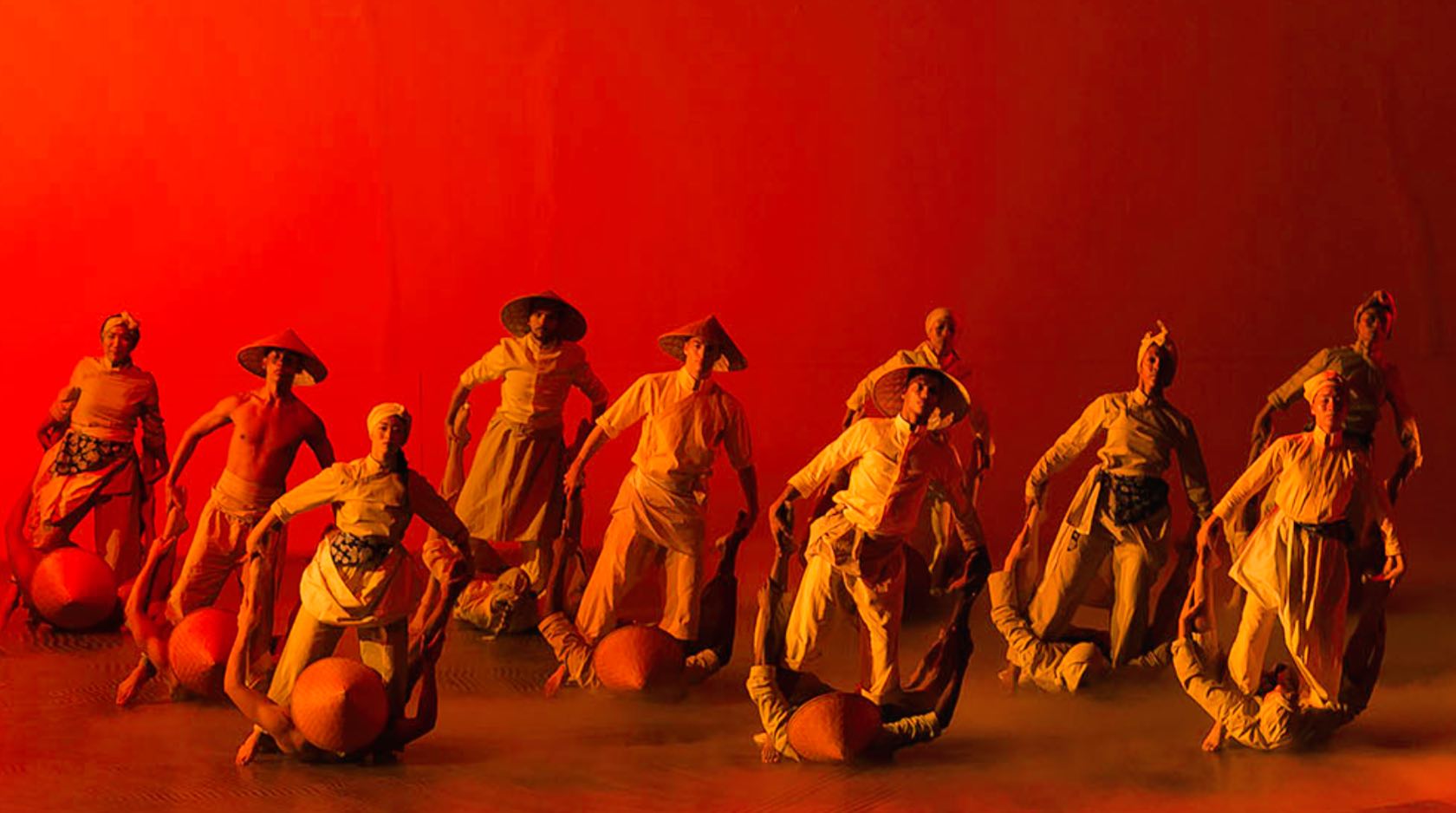 The story of Pearl S. Buck is brought to the stage with dance in Pearl: The Show

She also talked about the new work — including a dance adaptation of Sweeney Todd and a show at Lincoln Center — her dual citizenship and the U.S. election, language and poetry, her friendship with Joseph Campbell, and what it means to be a dancer in an aging body.

Gillis has been a force on the Canadian and international modern dance scene since the mid-70s, when a breakout show in Vancouver put the Montreal daughter on the map, but those who aren’t familiar with her brilliant career may only know her from the “Gillis Affair” footnote.

The whole thing started in 2011, shortly after Sun News Network – then owned by Quebecor and TVA – took to the airwaves and used Gillis as a piñata to bash the Canada Council, decrying its use of taxpayer money for art when there was a war going on in Afghanistan.

Gillis stood her ground and defended the place of art in society. The interviewer argued, and the whole thing went viral, resulting in a massive wave of support from cultural organizations around the world, as well as the Canadian military.

“People were so offended by how [the interviewer, Krista Erickson] dealt with it. It was a total set-up. She was acting badly, so badly it went viral. The whole thing backfired. But it worked out well for me. We got so much support, from the army, from everybody. I’m proud to be one of the reasons why it failed. The Canada Council is doing wonderful things. It’s such a shame to bash it.”

Gillis says every artist needs a community of support to really succeed, and she’s highly aware of how fragile the creative landscape can be, especially now that institutions are beginning to shift in the face of changing technology.

In a lot of ways, dance can be the canary in the coal mine…

“In a lot of ways, dance can be the canary in the coal mine,” she says. “A lot of our philanthropy involves the building of structures. You can put a name on them, and I know a lot about that because my brother used to play in the NHL…. But if we just invest in structures, and not people, then we lose our nature,” says Gillis. 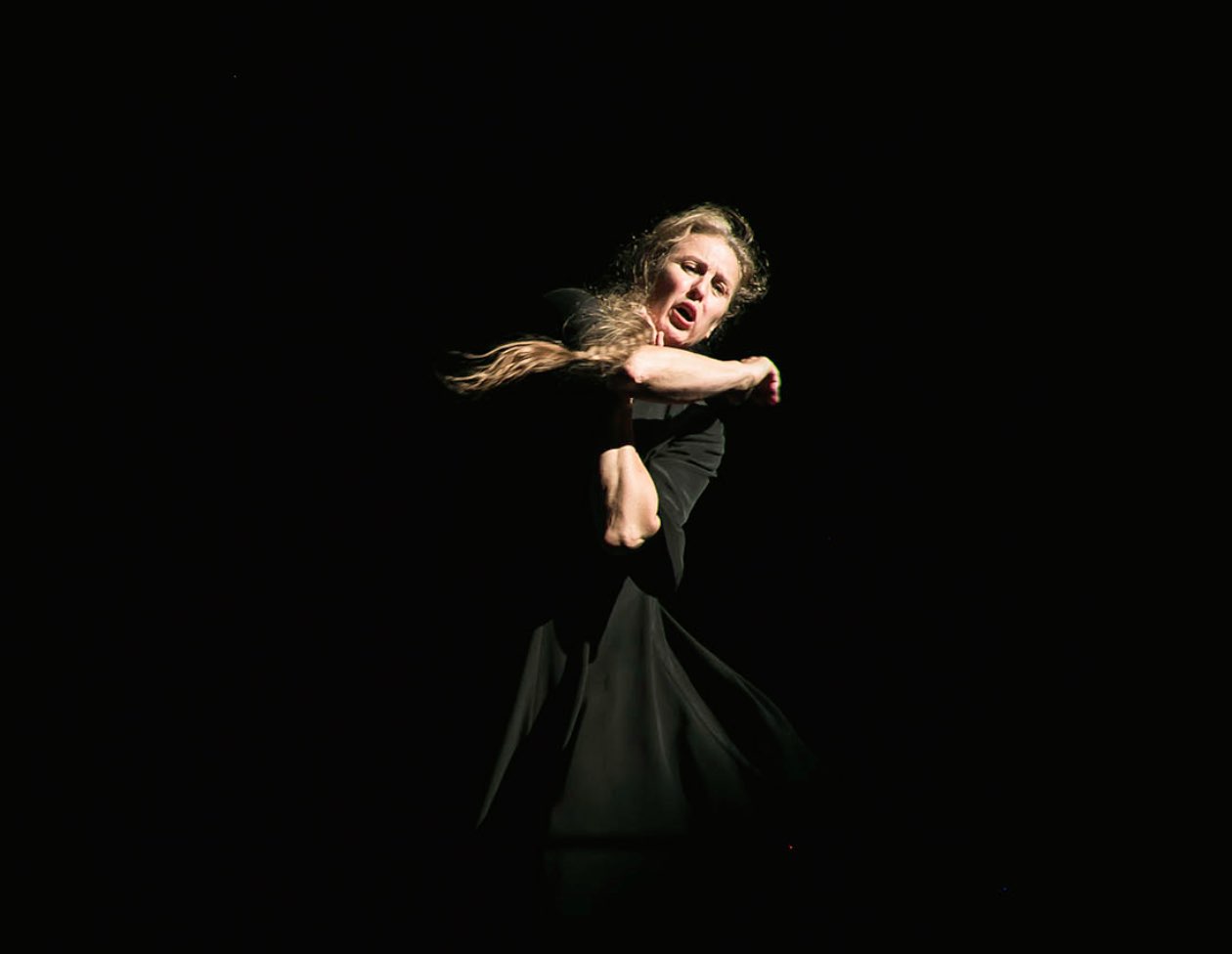 “And dance is all about exploring our nature. I think one of the reasons why dancers have been mute for so long is we do see the miracle and the mystery in a daily practice. So to jump to a conclusion, which is to speak, often feels limiting.”

Gillis pauses. “We stay within the mystery to watch it move forward. We move through it. And I think that particular wisdom will be most helpful if dance is part of the new paradigm, and I do think it’s important that it is.”

There’s a different consciousness that comes with practiced body movement, says Gillis, who can’t quite put it into words. It starts in the gut and travels to the brain, where thoughts are analyzed and processed, and given slots of varying importance depending on deeply imprinted socially assigned values.

…Dance is all about exploring our nature. I think one of the reasons why dancers have been mute for so long is we do see the miracle and the mystery in a daily practice. So to jump to a conclusion, which is to speak, often feels limiting…

“There is this perceived disconnect between the language of the intellect and language of the body. But that’s just perception: There is no separation,” says Gillis, who once danced on the same stage as opera diva Jessye Norman to pay tribute to Duke Ellington.

“Ever since I was a little kid (growing up over a grocery store in the Town of Mount Royal), language has always been important for me,” she says.

“I have always loved the spoken word, and being crazy about Joni Mitchell when I was young helped. She would take a word and emphasize the sound and there was the music…which grew out of the natural speech rhythm of the word. It’s something jazz musicians do as well and I just adore the heightened neuromuscular system that has that wonderful aspect, and can approach the trueness of these things. There’s a transformative quality that these metaphors have in dance and poetry and music.”

Gillis surveys the hard glass coffee table and sits back into the stiff leather couch.

“When I started creating works, I wanted them to be like poems. That was my preferred style of literature. The movement was crystallized and condensed reality. I was crafting to reveal nature.”

“I’m not trying to be in opposition. I’m just curious. I want to explore. And I’m especially curious when someone says something isn’t possible…”

In a world that often looks flat, dancers reveal the curve, which is why Gillis is eager to share her experience and her knowledge. She’s even working with professors at the University of British Columbia’s Law School to develop dance as a tool in conflict resolution.

“We work to disconnect the body and mind in our culture. But we do so at our peril. We need to rethink experiential wisdom. We need to reincorporate ourselves.”

Gillis says there’s a big difference between being on the phone with your lover, and being in the same room as your lover. “We need to be in each other’s physical presence. So there will always be a place for live performance, even as things change.”

We work to disconnect the body and mind in our culture. But we do so at our peril. We need to rethink experiential wisdom. We need to reincorporate ourselves.

The conversation weaves into a discussion of cutting-edge neuroscience and prosthetics, and the invention of a robotic arm that allows a quadriplegic to grapple and manipulate. “These are incredible advancements, but the only thing [the patient] wanted to do was touch someone else… We are looking to reconnect with all the things science has taken away from us,” she says. “I wonder if the inventor saw the contradiction in that?”

As a dancer, Gillis is always aware of her body, and now that she’s 63, she says it’s not always a joyful awareness. “My body is changing… My knees…” Gillis says she has no meniscus and her cartilage is shredded. “I did not find aging to be gradual,” she says.

“It was like I woke up one day and looked in the mirror and said who is that? One day I was one person, and the next I was another person. I had to learn who that person was. I found menopause challenging. But it was also exciting….”

… I did not find aging to be gradual… It was like I woke up one day and looked in the mirror and said who is that? One day I was one person, and the next I was another person. I had to learn who that person was…

Gillis rubs her legs, at the end of which are two perfect little black rubber booties to guard against the famed Vancouver dampness.

“You know, there is a hole in the temple. We are always in process as we are living…. Skin separates from muscle, muscle separates from bone. I can see these things happening. But they are also of great interest… as they change my practical engagement with the world.”

For the moment, Gillis’s practical engagement is still very much involved in performance. After we wrap, she will head off to rehearsal for Pearl –in which she plays the older version of Buck.

It’s a part she performed in New York and her hometown of Montreal, where Pearl earned solid reviews for its emotional impact as well as sheer spectacle. Directed and choreographed by Emmy winner Daniel Ezralow (Sochi Olympics, Paul Taylor Dance Company, Cirque de Soleil, Spider-Man: Turn off the Dark), Pearl’s structure is based on a poem by Zhang Ruoxu and told in five stages that take us through the various stages of Buck’s life.

Gillis says the cast has been pulled from all over the world, and from all different dance backgrounds –from classical ballet to Chinese folk traditions, and just about everything in between, including some members plucked from the So You Think You Can Dance reality TV show.

For Gillis, Pearl marks something of a full revolution, having been one of the very first westerners to perform in China back in 1979, when the nation Buck wrote about was still palpable.

“I fell in love with the people in China and the culture, the way emotions are described through nature. You know, to feel the sadness of leaves falling… that poetry is throughout the piece.”

Gillis says despite being dyslexic, she was a voracious reader as a child. “Pearl Buck was one of my favourite authors. And learning about her life, and how she became this passionate advocate for cross-cultural understanding, has only made the show more rewarding. As the world gets smaller, we need that humanitarianism and that compassion. I think that’s what really makes the show timeless. Everything she said is just as relevant now as it was then,” says Gillis.

“She loved people. She believed in people coming together, and if there’s one thing we need to do now, it’s to come together.”

No Replies to "Margie Gillis moves through it"