Though he made his name in journalism with the collection of arcane facts that became the Globe’s beloved Social Studies column, Rod Mickleburgh remembers the young, and somewhat awkward, Varsity staffer who shared a quirky sense of humour.

The unexpected can hit you in the solar plexus. Such was my feeling late December, when I received an email from a former colleague at the Globe and Mail giving me the sad news that the one-of-a-kind Michael Kesterton had died. He was best known to Globe readers as the genius behind the assemblage of arcane facts, news, trivia, miscellanea, humour and occasional bits of string that made up the paper’s beloved daily feature, Social Studies, which ran for 23 years. In the midst of all the superb journalism and writing that filled the Globe in those days when I was on the paper (smile), many readers turned first to Social Studies. A hit from the beginning, his unique creation – Twitter before its time – took up much of his obituary in the Globe. 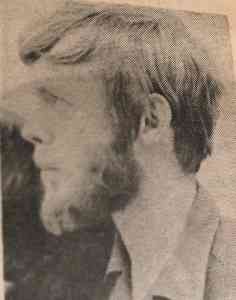 But for me, the news meant the loss of someone I’d known for more than 50 years, and someone high on my list of unforgettable characters. We met at The Varsity, the University of Toronto’s thrice-weekly student rag. We quickly took to each other, bonding over a mutual love of quirky humour, irreverence and particularly, the “highly-esteemed” Goon Show, that wacky, BBC laugh-fest rebroadcast on CBC and a radio forerunner of Monty Python. To discover someone else addicted to the cult-like Goon Show was an unexpected joy, like the time I discovered a fellow Montreal Expos fan in a Chicago chocolate store. We revelled in our favourite lines. “Hold him up to the light, not a brain in sight.” Or: ”German prison camps were filled with British officers who’d sworn to die, rather than be captured.” Okay, one more: “Warm yourself by this woman. She’s just coming to a boil now….(sound of kettle whistle)…..There she goes!” Laugh, we thought we’d die.

…The news meant the loss of someone I’d known for more than 50 years, and someone high on my list of unforgettable characters. We met at The Varsity, the University of Toronto’s thrice-weekly student rag. We quickly took to each other, bonding over a mutual love of quirky humour, irreverence and particularly, the “highly-esteemed” Goon Show, that wacky, BBC laugh-fest rebroadcast on CBC and a radio forerunner of Monty Python.

Growing up in cosmopolitan Toronto, rather than in staid, nearby Newmarket as I did, Kesterton was hipper than yours truly (an admittedly low bar). He it was who first introduced me to the brilliant, satirical British weekly Private Eye, which I still buy every time I’m in Old Blighty. He was ahead of me in music, too. When, for some forgotten reason, Kesterton decided to shed his record collection, I wound up with some of his vintage blues records, Woody Guthrie’s classic Dust Bowl Ballads and the very first LPs by the Rolling Stones, when they were far more into covers of American “black” music than being the bad boys of rock’n’roll. I hadn’t hitched on to the Stones bandwagon until High Tide and Green Grass. Kesterton was there from the start. At the same time, he was forever coming up to me with some new bit of information about something interesting that had completely passed me by. There was little his curious mind missed.

Kesterton also stood out as an oasis of amiable, old-fashioned civility among all us wild and crazy Varsity types plotting to bring down the established order. (PS, we didn’t.) He was polite almost to an absurd degree. “Uh, Rod, I’m going over to Mac’s (a local student hangout) for something to eat,” he would say in his singular, low, quiet voice. “Is there anything I can bring back for you?” That cornball decorum qualified him as the kind of eccentric – in a good way — that student newspapers attract, and appreciate. And he was so funny. It was not your broad, belly-laugh humour, but rather a dry wit, full of quips and wry asides.

Kesterton also stood out as an oasis of amiable, old-fashioned civility among all us wild and crazy Varsity types plotting to bring down the established order. (PS, we didn’t.)

Kesterton was a fine reporter, but it was not his forte, even though we were all aware his uncle Wilf had written the definitive academic tome, A History of Journalism in Canada. He excelled at the off-beat, which was basically anything that let his drollery shine. Not many would start an art review as Kesterton did: “The expression ‘neo-classicism’ in most people’s minds conjures up a picture of a bunch of nude guys running around the French stock exchange, but it wasn’t like that at all, according to Hugh Honour.” Later in the review, he wrote: “The neo-classical movement was the first in history to have art critics. Enraptured by visions of a Greek and Roman world populated by naked youths who busied themselves with throwing the discus, they went into fits of praise over the ‘nobility’ of classical stonework.

“It was a great embarrassment to all concerned when Herculaneum was dug out of volcanic ash and it was found that the male phallus was omnipresently used in sculptures as a lamp stand, good luck charm, etc. This was a little less than noble.”

He was jack-of-all-trades – reporter, features editor, paper manager and art critic (see above) for the Varsity’s weekly Review, edited in 1968-69 by some wise guy named Michael Ignatieff. Another fine fellow, Bob Rae, did Books. The late Kaspars Dzeguze (also a good friend of Kesterton’s) presided over Film, once submitting a review of John Wayne’s The Green Berets that said only: “Shit.” It was, and we ran it. Design editor was Len Gilday, who went on to direct the acclaimed documentary Final Offer, featuring autoworkers’ union leader Bob White, as he took on General Motors across the bargaining table, with a strike hovering in the balance. I was assistant Review editor. Among all those stars-to-be, Kesteron and I had a lot of fun.

Unnaturally short in stature and socially very shy, he used to joke about suffering from dwarfism. Coupled with what seemed a fascination for gnomes, I could never tell how much he was kidding.

I left the Varsity in 1969 to seek my fortune in the same mainstream media we all railed against, securing an exalted position as sports editor of the Penticton Herald. Kesterton stayed on for another year as Varsity manager. “To this day, I have no idea what that meant,” confessed then editor Brian D. Johnson. But it was a perfect fit for Kesteron. He could do what he wanted.

Still, from afar, I wondered how he would fare without the relative safety net of university, which had safeguarded his social awkwardness, while protecting him from the need to earn a regular paycheque. In a typically Kesteron manoeuver, however, he did find employment at a newspaper, but not in the newsroom. He went to work in the obscure proofreading department of the Globe and Mail. Eventually, he emerged from its shadows to toil in the Globe’s business section, where he took on a number of mostly mundane responsibilities. That is until one day, Globe editor-in-chief William Thorsell, after a glance at Kesterton’s cubicle littered with clippings of abstruse items and funny stories, realized this was a mother lode to be mined. And Eureka! Social Studies was born.

…One day, Globe editor-in-chief William Thorsell, after a glance at Kesterton’s cubicle littered with clippings of abstruse items and funny stories, realized this was a mother lode to be mined. And Eureka! Social Studies was born.

Looking back, all those qualities he showed at the Varsity — eccentricity, lover of trivia, oddball facts and the offbeat, plus his quirky humour — came together for the success that was Social Studies. It was a wonderful case of someone who never quite fit in finding the perfect job for himself. By the end, he was one of the most cherished columnists at the Globe, complete with his own Wikipedia entry and two books featuring the best of Social Studies.

In 2007, the master of esoterica told a young journalist from Ryerson University’s annual Review of Journalism: “There are hundreds of reporters who can do a better job at [news stories] than I ever could… The light-hearted hack work that I am doing isn’t hugely important and will never win journalism awards, but I’m better at it than anyone I know and readers often love the columns and tell me so. There are worse ways to earn a living.”

Kesterton was a throwback to the old Globe, a rather informal, easy-going place to work, where there was room for whimsy and characters, besides the paper’s terrific reporting. Kesterton would likely have felt adrift in today’s button-down, more serious version of Canada’s national newspaper.

Over the years, distance and different jobs inevitability loosened our friendship, but whenever we emailed back and forth, there were always the same old Kesterton jokes and wacky tidbits about people we knew. And I was relieved to learn from longtime Globe writer John Allemang that he lost none of his trademark peculiarity. Kesterton was part of the long-running baseball pool among number-crunchers in the paper’s Report on Business. Every year, he only selected players who were left-handed, as he was. He never came close to winning.

Kesterton was part of the long-running baseball pool among number-crunchers in the paper’s Report on Business. Every year, he only selected players who were left-handed, as he was. He never came close to winning.

When I circulated news of Kesterton’s passing to some people from those Varsity days of long ago, they were, like me, shocked and saddened. Of course, part of it was nostalgia for our youth, but we also knew that Kesterton had been different, the kind of person you encounter maybe once in your life. He was, said Brian Johnson, “one of the most delightfully idiosyncratic characters I’ve ever met. He was a sweet soul.” 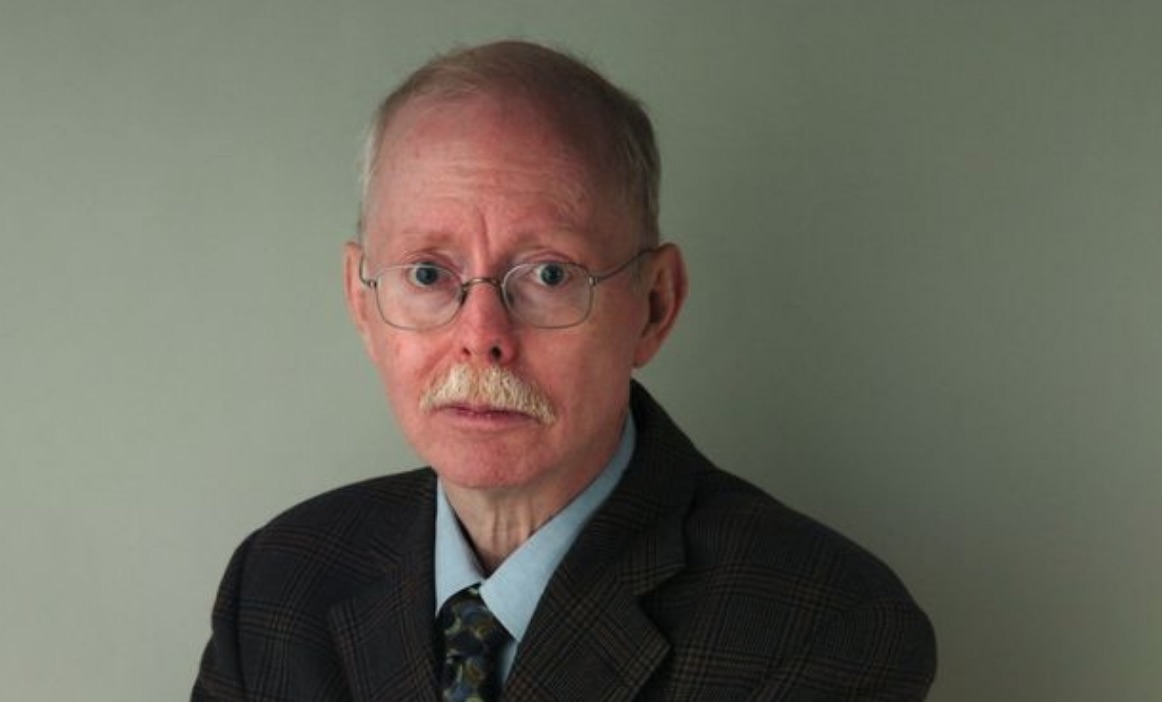 Michael Kesterton: The man behind the Globe and Mail’s Social Studies.

For more Mickleburgh, check out the archive or visit Mickleblog.

1 Reply to "Remembering Michael Kesterton: An Oasis of Old-Fashioned Civility"