The filmmakers pulled on some experience growing up in religious environments to bring their debut feature, Devout, to the big screen. Now it’s one of three nominees vying for the John Dunning Discovery honours at tonight’s Canadian Screen Awards. 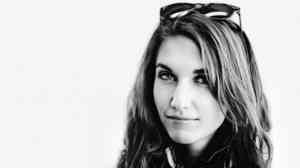 VANCOUVER — Amanda Verhagen and Connor Gaston are nominated for this year’s John Dunning Discovery Award for their film Devout. If you don’t know what that is, don’t worry. It will be handed out at tonight’s Canadian Screen Awards to the best first feature made for under $250,000. And if Telefilm’s trend of funding more micro-budgeted movies continues, the Dunning Discovery Award could soon become the most competitive prize of the night.

Named after the founder of Cinepix, a production and distribution company that financed David Cronenberg’s first features and launched the careers of countless others, the John Dunning Discovery Award was “rebranded” by the Academy last year.

According to Dunning’s son, Greg, his father wanted to protect the legacy of giving young talent a chance to develop. “He ran a production company and gave young and inexperienced people a chance to prove themselves  by working for his company. You wanted to work hard for John. He had the gift of inspiring people.”

The Award debuted last year, alongside the Rob Stewart Award for documentary filmmaking, and even though this year’s field of Dunning contenders is relatively small at three, it’s still a competitive category with Wexford Plaza, Black Cop and Devout in the running. The films are all strong, and prove just what you can accomplish on a shoestring with enough faith, support and favours in the can.

Verhagen and Gaston say they are grateful and honoured to be nominated for the prize, but in many ways, simply making the film was a victory. After all, it was the first time for both.

Crediting Telefilm’s Talent-to-Watch program (formerly the Micro-budget program) with giving them the necessary funds to move forward with their vision, the onetime schoolmates realized it wouldn’t be easy. And they were right. Fortunately, they had some help.

“My background is in production supervising in Vancouver for larger-budget American productions,” says producer Verhagen. “I pulled a lot of strings and called in some favours for things… Connor has good faith and sweat equity with the filmmaking community in Victoria, as well, with CineVic, the film collective, they were supportive. And our D.O.P Dan Carruthers was amazing. We are eternally grateful for him.”

Carruthers’s top-notch cinematography is one of the big reasons why Devout looks bigger than its budget. Another is Olivia Martin, a first-time child actor who prompted a script rewrite after the filmmakers watched her perform for a brief series of vignettes at the beginning.

“The part was originally written for a little boy,” says Verhagen of the central role of Abigail. Part sci-fi, part faith-quest, Devout revolves around the idea that Abigail may have experienced a past life. Her Christian parents are baffled, but eventually the father goes down the wormhole in an attempt to save, or at least reconnect, with his terminally ill child.

“We were casting the vignettes at the beginning,” says Verhagen, “and Olivia had volunteered to be one of the kids. She was so brilliant. Most of the kids you had to feed them lines. ‘I was a farmer. I had a truck.’ But Olivia gave it such emotion, and she was so good at improvising. She was just such a great performer that, you know, Connor and everyone turned around and talked to each other and said, yes, this is our kid. So Connor went back and rewrote the script to make it a little girl. She was our actor, and this is the first time she’s ever been in a movie.”

Gaston, who wrote and directed, says people always warn you against shooting with kids and animals. “But those two things, to me, were the biggest risks but also the biggest rewards.”

Just don’t put a kid in a bald cap, says Verhagen. “That was a huge mistake. She had to sit still for three hours every morning. The only way to keep her still was to play Frozen. The poor makeup artist had to listen to Frozen twice a day. Every day. We all knew the lyrics to the songs by the end of it. I just would never recommend that again.”

As far as other regrets, the team says they have few. Gaston says he probably wouldn’t have been as ambitious with the script had he known how tough it would be to pull off with such limited means. “I guess now having gone through the process now, I would probably have tried to make a smaller movie. I think we were really ambitious in terms of the budget, the number of locations and other factors,” he says.

“I wrote a ‘Hollywood-type’ big movie and maybe I shouldn’t have gone so big… Hindsight is 20/20, and there are things I might change, but I’d say you have to go through it to learn.”

Verhagen says it’s really a matter of gauging expectations. “We weren’t looking at the bottom line when we set out to make this movie. So I think that’s important. I think so much of this is learning how to define success for yourself. This film has given us a lot of awards that we never would have received, and given us the chance to travel to places we never would have seen. We went to South Korea for the world premiere. We got to travel to the Cannes Film Festival, and we got to meet amazing filmmakers and have meetings we never would have had. So I think it’s important that we define our success that way and not in financial terms.”

Gaston says after years of “crouching over a computer desk” writing screenplays, getting behind the camera to direct marked the achievement of a personal goal.

“I was always the kind of kid who, in high school, would ask if I could make a film for my assignments. But then I really got disheartened on the whole directing thing in university because I felt it was so impossible to get a foot in the door. So I really focused on screenwriting and did my undergrad and my masters in screenwriting, but a director picked up my short film script and produced it and did things that I disagreed with,” he says.

“At that moment I decided if anyone was going to mess up my movie, it would be me.”

The roots for Devout came from Gaston’s own childhood, when his Buddhist parents asked him if he ever had a previous life. “Apparently, I talked about being a carpenter, my name was Peter and I had a dog. I don’t remember any of this of course, but it did linger in the back of my mind. There are thousands of cases of kids talking about past lives, and it was sort of under-explored in cinema. So I thought it was a good idea for a film.

At that moment I decided if anyone was going to mess up my movie, it would be me.

Christianity replaces Buddhism in Devout, but Gaston says the title is more of an ironic statement, since everyone in the film truly believes in something a little bit different.

All the same, the film could be seen as “faith-based” or “Christian” — a genre of spiritual cinema targeted at the booming Bible-thumping viewership.

Verhagen and Gaston take a while to phrase their answers on this score. Neither one of them would identify as “Christian.” But they did grow up in a milieu filled with church-going Christians.

“When I first read the script, I thought it’s interesting to see the faith-based aspects of the film because where Connor and I grew up in Victoria, it’s a very Christian community… and my family was not necessarily very religious. I kind of felt left out of that community and among my peers in school. So I really identified with the lead character of Darryl (Charlie Carrick) going through this crisis of faith and feeling almost like an outsider within his own community,” says Verhagen. “What I love about the film is the way it prompts discussion about all of it.”

Gaston says one of the reasons why the film speaks to so many people is that it’s about ideas that resonate across all boundaries and all belief systems. “Everyone has their own ideas about reincarnation… it’s an idea that’s out there, and I think it’s interesting and it needed to be explored.”