The Birth of a Nation delivers blood-soaked tropes

Movie review: The Birth of a Nation

Nate Parker adopts the language of his oppressor to create a familiar, formulaic and frequently flat drama designed to celebrate the spirit of an entirely original rebel

The Birth of a Nation 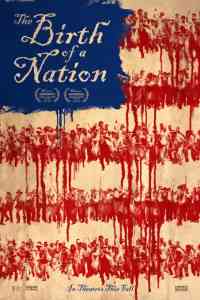 Sometimes, I think I just don’t have the license to criticize something. Especially these days, when the politics of race have turned into a rhetorical hurricane ready to swallow whole nations with a windy twist of words.

And especially in regard to The Birth of a Nation, Nate Parker’s passion project that bowed at Sundance and practically pre-empted the red carpet with early predictions of an Oscar win. Fox Searchlight bought the slavery epic for a record sum of $17.5 million, an anomaly in a so-so year for acquisitions, but a sign of progress in the midst of an #oscarssowhite scandal that plagued Hollywood with a pronounced case of white guilt.

Sadly, while white guilt can be a useful lever for political reform, it doesn’t result in great art, great statements or great catharsis.

The Birth of a Nation is not a great movie. Ironically, this story about a rebel slave named Nat Turner is a collection of every classic Hollywood cliché roped and gagged in the service of a subversive story. In fact, it suffers from the very same syndrome as its central hero.

Following the narrative structure of a Braveheart or Gladiator or Phantom Menace, we meet the young Nat Turner as a boy, learning ancient shamanic tradition. He’s told he’s the anointed one, destined to become a great leader of his people.

Flash forward a few decades and Nat Turner (played by Nate Parker) is a grown man working for Samuel Turner (Armie Hammer), an alcoholic plantation owner struggling to make ends meet. When he learns Nat has value as a preacher, capable of soothing restless slaves, the two embark on a tour of various plantations.

Nat Turner’s fame spreads throughout the South, Samuel saves his estate, but eventually, Turner hits the wall of his own conscience.

Watching your brothers and sisters beaten and lynched on a regular basis would be enough to spur a deep sense of betrayal. But Parker chooses to hang the whole transformation on a sexual assault, and that’s where this movie starts to bleed empathy.

Turner is supposedly so outraged by the use of his wife as a sex object for white men, he picks up a hatchet and starts swinging, launching a slave uprising that ultimately paved the way to emancipation.

Back in January, nobody was aware of Parker’s own past, the allegations of rape and the victim’s subsequent suicide. The scenes of Parker looking hurt, outraged and inconsolable registered the way they were designed to: as grand theatre of the Mel Gibson variety, framed to exaggerate heroism and exploit every great angle on the leading man’s face.

There’s a whiff of narcissism and self-aggrandizement that’s hard to ignore, but it’s a feeling white guilt easily stifles and pushes back down into silence. We can’t go there. We’d be accused of racism.

And so, how to articulate the many failings of The Birth of a Nation as a film? How to expose the unbearable amount of ego that shoves itself into every crevice of narrative?

Easy: By comparing it the universally lauded, Oscar-winning 12 Years a Slave.

Steve McQueen’s film is a masterpiece of modern cinema that tackled the core issue of human value without yelling or rhetorical grandstanding. He hammered home the inhumanity of the era by remaining human, painfully so.

The Birth of a Nation adopts superhero tropes. Turner is gifted, unlike his fellow slaves. He can do things other slaves cannot. His only moment of humanity comes after a prolonged whipping sequence that feels eerily similar to Gibson’s Jesus-whipping scene in The Passion of the Christ: Turner stands triumphantly, then collapses.

So much chauvinist hokum is hard to overlook, even in the service of a socially progressive message that needs to be championed. Saying this movie is mediocre, and frequently entirely flat, is not an endorsement of slavery, but there are some who will find it hard to make the distinction and hurl accusations of racism in my direction.

It’s as predictable as the film itself as it uses every well-worn white Hollywood cliché to tell the story of a black rebel. Turner imbibed every empty trope, copied every hero angle and essentially followed the patterns established by the oppressor to speak his truth.

No wonder it feels forced and familiar, and just a little full of itself.

Review: The Birth of a Nation

Nate Parker writes, directs and stars in this period story expounding the exploits of Nat Turner, a slave who rose up against his oppressors and launched a bloody rebellion. The movie wears its message on its sleeve, but lacks a genuine sense of humanity. -- Katherine Monk