Column: The Balm of Poetry, Part One – “Bedroom”

Rod Mickleburgh finds affirmation in the written word and shares some favourite selections to help us “soothe our worried souls in these perilous times.” 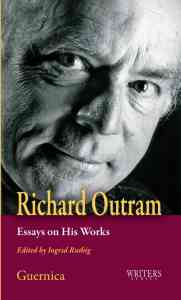 Richard Outram’s work may not be well-known, but in the small, intimate world of Canadian poetry, he was a noted commodity, worthy of critical work and bound volumes.

Richard Outram’s Bedroom appeared in the April 22, 2000 edition of the Globe and Mail, during an all-too-brief time when the Globe ran a weekly poem in its Saturday Arts section. They were chosen by an established literati, often a poet, who then analysed why they worked. I was so moved by this poem’s combination of love and wistfulness, complemented by such beautiful imagery, all in a mere dozen lines, that I clipped it out:

Light, by stealth, at last has occupied

The citadels and forests thus made plain,

The intricacy frost has ramified,

Our mingled breath condensed upon the pane

Of simple glass that keeps us from the night;

And in which after dark, returned by chance,

Darkened reflection offered us the sight

Of all our naked likeness at a glance.

I waken, still enamoured, given pause

By you, my deeply sleeping wife,

The certainty of death, as a lost cause,

The luminous unlikelihood of life.

Richard Outram (1930-2005) was never in the mainstream of Canadian poetry, and I confess to having barely heard of him when I came across this poem. But he was much celebrated by those who knew his work. In 1999, he won the City of Toronto Book Award for his collection Benedict Abroad.

Outram spent most of his working life as a stagehand, mostly for the CBC, with an early stint at the BBC. It was there that he met and subsequently married the Canadian artist/engraver Barbara Howard. Back in Ontario, the two established the small, independent Gauntlet Press, which published a number of special editions of his poetry, enhanced by his wife’s superb engravings. Tragically, Howard died in 2002 during surgery to mend a broken hip, and two years later, Outram took his own life. Among those paying tribute at a celebration of his life was Canadian film director Ted Kotcheff (“The Apprenticeship of Duddy Kravitz”) and one of Outram’s biggest champions, polymath literary editor and writer Alberto Manguel.

It was Manguel who selected Bedroom. “(It) is one of his most intimate poems….(that) moves me with inexplicable force,” he wrote. “It gives words to that very precious, very private moment of waking next to the beloved who still lies asleep, utterly disclosed and unprotected.”

Its dramatic ending, he said, “acknowledges the certainty of death but also, most finally (in the poem’s last line) it promises the miracle of life.”

Main image: John Lennon and Yoko Ono may be the most famous proponents of peace, love and the healing powers of a linen nest during famous Love-In, held in Montreal, June 1969.

For more Mickleburgh, you can visit Mickleblog or the Ex-Press archives.