Reclaiming the ‘wife beater’ as feminist symbol of empowerment

Though typically seen as a sign of muscular machismo thanks to Marlon Brando’s Streetcar and Hugh Jackman’s Wolverine, the working-class white tank top was the product of the female emancipation movement and a quest for less restricted movement. 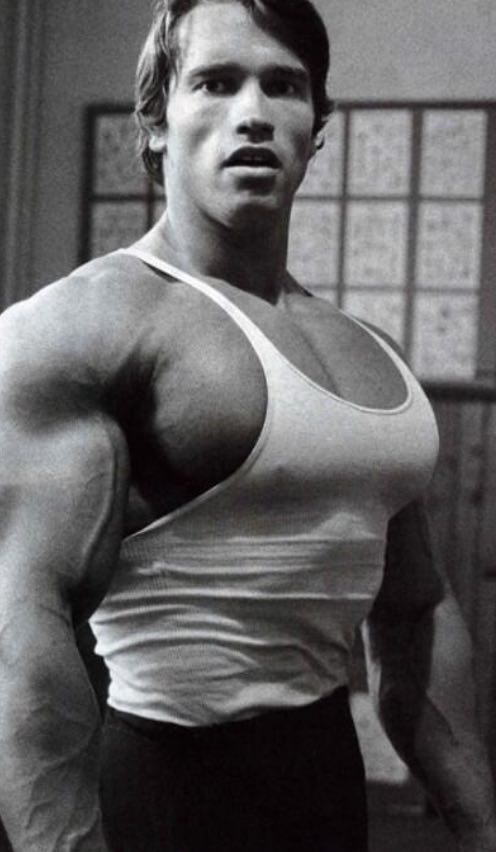 (March 8, 2019) – The first time we see Brie Larson in Captain Marvel, she’s wearing an item of clothing long thought to be the apex of machismo: the ribbed white tank top. Yet, if you consider the history of this Fruit of the Loom staple, it’s a far cry from manly. So on the occasion of International Women’s Day,  it’s time to undress one of the most iconic and populist items of men’s clothing in the modern era, and reclaim it as a feminist symbol.

Known as the “wife beater” since 1947, when a man named James Hartford Jr. beat his wife to death and was pictured in news stories wearing the garment, the white tank top is actually the result of the female emancipation movement.

Though undershirts and undergarments have been part of regular dress for centuries, the origin of the modern undershirt began with something called the clothing reformation movement during the Victorian era.

Long-suffering from the prolonged use of whalebone corsets and laced, constricting girdles, women started to question assumptions around clothing, and why men and women had to follow such different rules regarding propriety. They came up with the emancipation waist and the liberty bodice, clothes that could be loosened and were designed to carry the weight of heavy skirts. 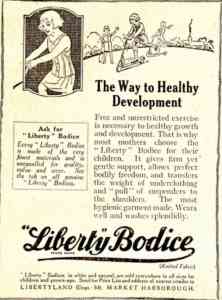 Liberty Bodice: Emancipating women one button at a time. 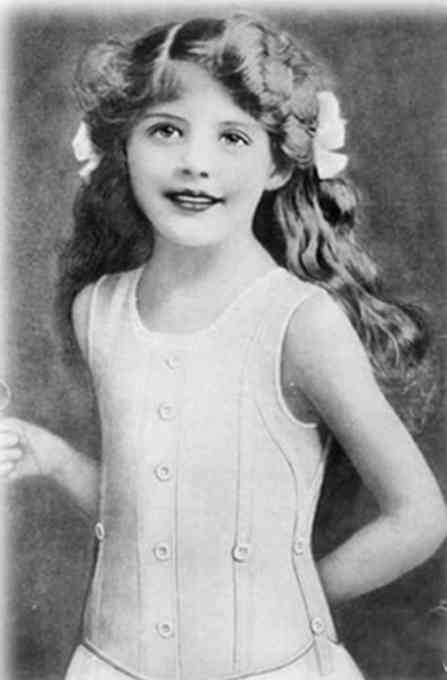 The next generation of emancipated women wore Liberty Bodices and Union Suits. 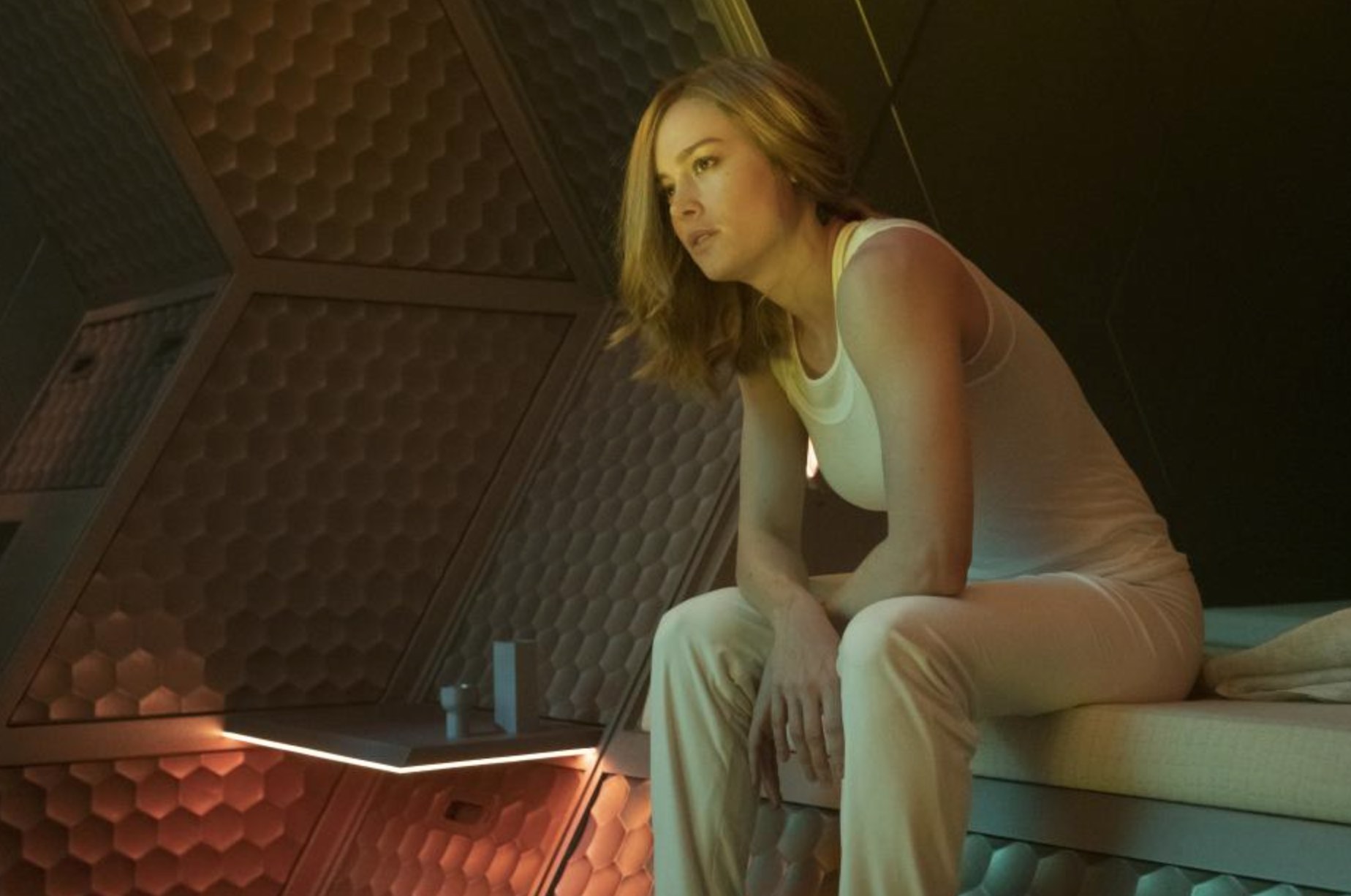 Fruit of the Womb: The iconic white tank top is actually a feminist invention, something directors Anna Fleck and Ryan Boden apparently pay homage to as they outfit Brie Larson in the ribbed white undershit – nodding to Alien’s Ripley and Terminator’s Sarah Connor.

From these advances, the “Union Suit” was born in 1868 — forever changing the way women, and men, were able to incorporate comfort into their clothes. Now commonly known as one-piece long johns, the Union Suit was created to save the number of layers women were forced to put on beneath their petticoats — making them look fatter.

The Union Suit gave women a chance to stay warm, covered and comfy for the very first time, and of course, it raised eyebrows among men who felt the garment was unflattering. All the same, feminists such as Elizabeth Cady Stanton embraced the change, as did others who could pull off an invisible act of subversion. No one could see the Union Suit. Wearing it was a private act of rebellion.

The men’s union suit came almost immediately afterward, and was quickly adopted by workers, frontiersmen, and the military. It was while the union suit was serving in the forces that it experienced its most significant transformation — and was split in two. 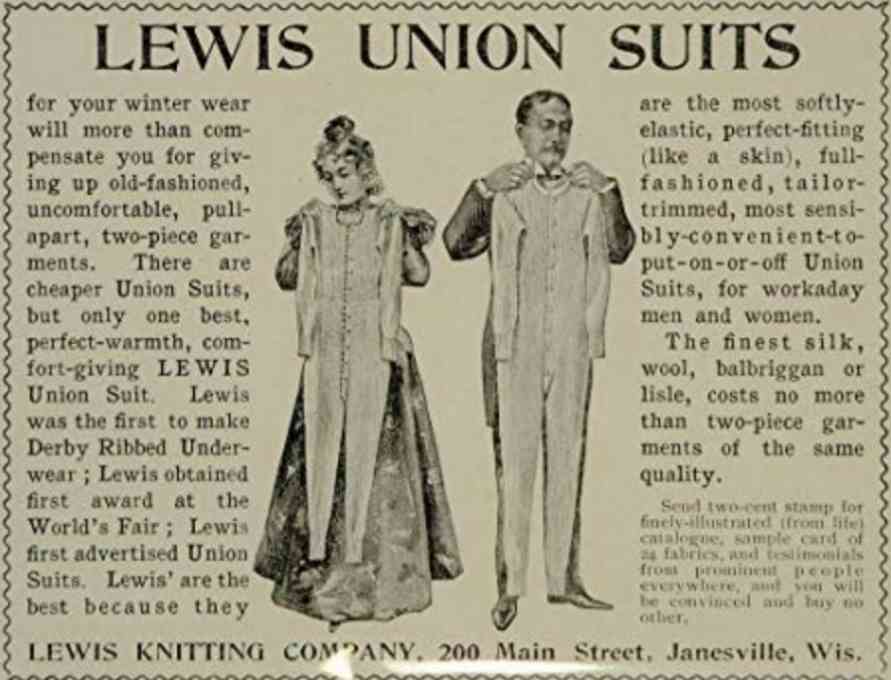 Lewis Union Suit: Emancipation in a one-piece. Originally designed for women, it was quickly adapted for men.

According to US military history, the US Navy adopted the suit, but allowed all sailors assigned to engine rooms to modify their clothes for comfort. Frequently, these men cut the sleeves off their undergarments. They also cut them at the waist, giving us the modern long john, as well as the progenitor of the modern T-shirt and tank top.

Thanks to changes in textile manufacturing and looms, a form-fitting cotton weave allowed for crew necks — fabrics that could stretch, and you could pull over your head without buttons. During World War II, images of sailors wearing the white top established the newly dubbed T-shirt (F. Scott Fitzgerald used it first) as a youth symbol.

Then came Marlon Brando in A Streetcar Named Desire and The Wild One. The very sight of the handsome, muscular actor in a form-fitting undergarment was about as sexy as you could get in the ‘50s. Critics noted the violence and sadism in The Wild One, but also how it was a “sleazy good time.” 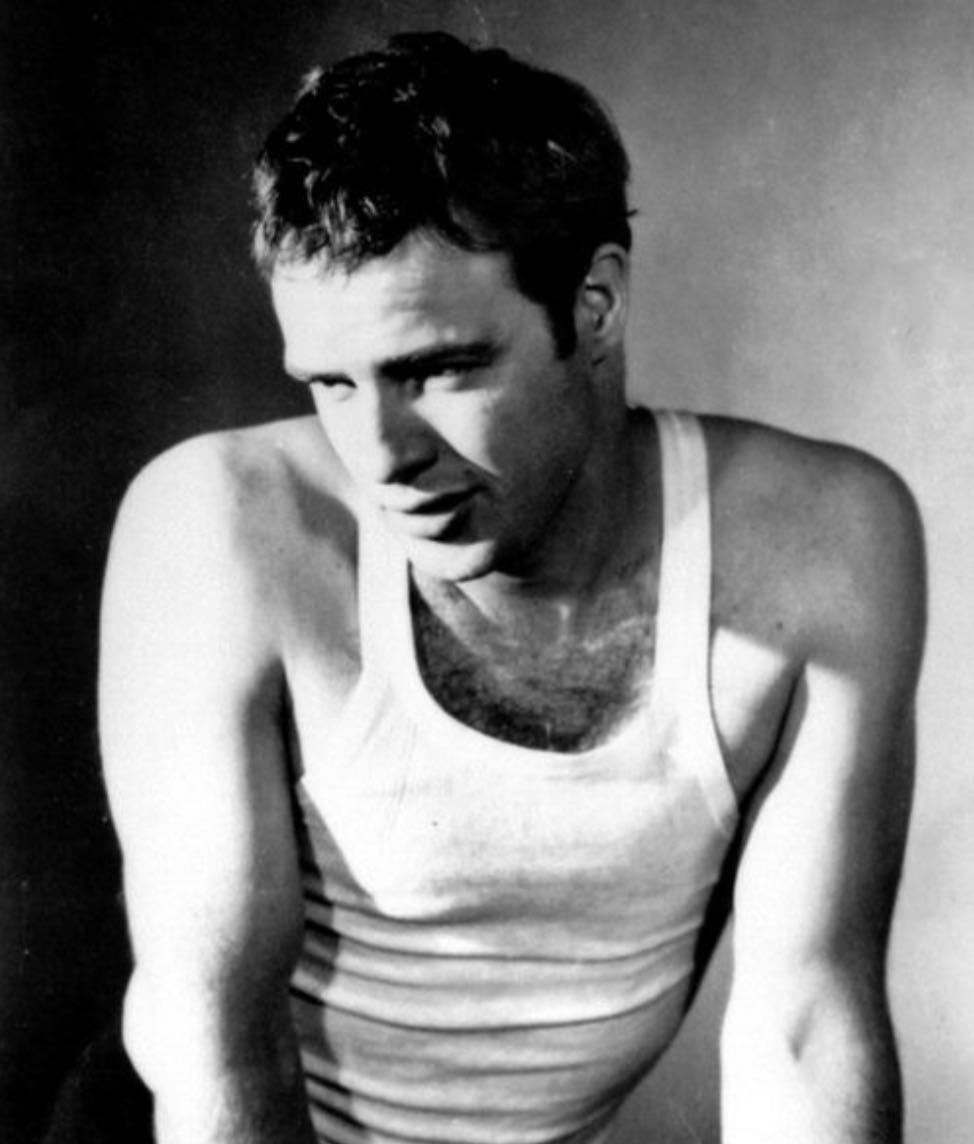 Stella Companion: Marlon Brando in A Streetcar Named Desire, capitalizing on the dangerous associations of the white tank top.

Brando’s untamed sexiness is why the shirt has become synonymous with unbridled masculinity and danger. Just look at all the macho men who followed in his footsteps. From Richard Gere in his Herb Ritts glory and Arnold Schwarzenegger in his hunk days, to Bruce Willis in Die Hard and the ever-pet-able Hugh Jackman in Wolverine, the classic “Wife Beater” is now an undisputed signifier of testosterone-pumping potency. 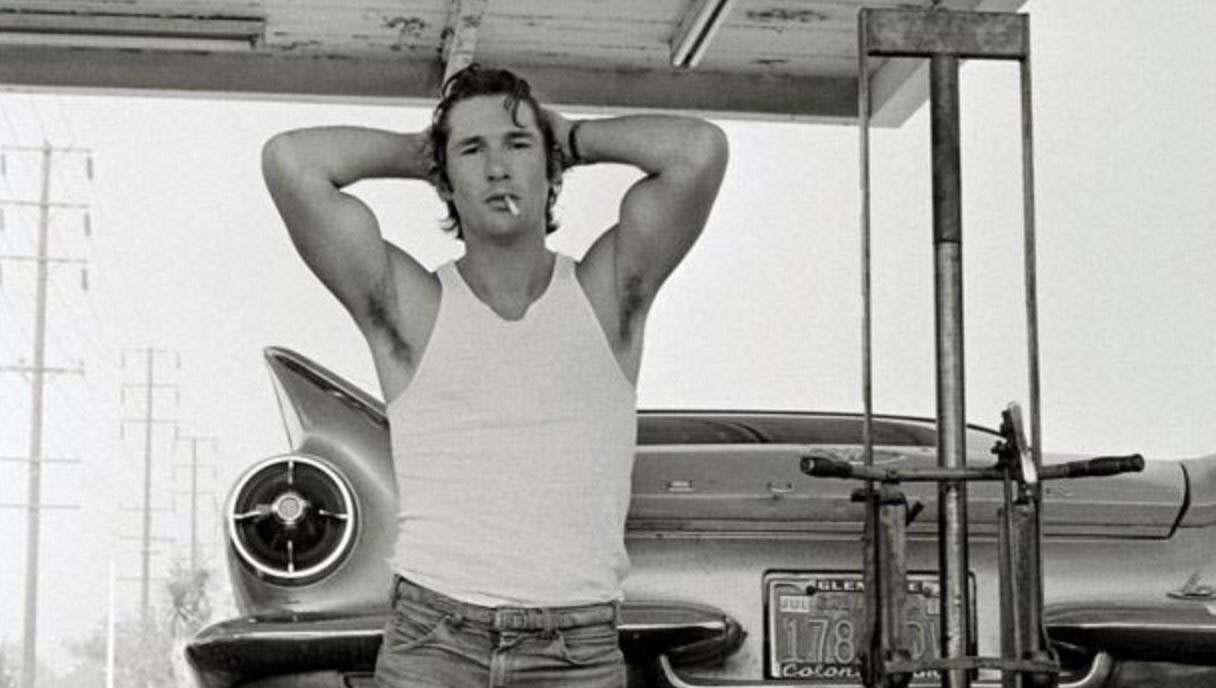 Richard Gere, photographed by Herb Ritts in the 1980s.

But look at the thing. It takes more cues from a brassiere than a dress shirt. With its split back, open sleeves and deep scoop neck, it’s the exact same garment used to prepare girls for puberty: the training bra.

Yet, it wasn’t until Ridley Scott showed us Sigourney Weaver as Ellen Ripley in Alien that women got a chance to ride the power side of the armless tank. The image of Weaver in her undershirt aboard the doomed Nostromo etched itself into my pubescent mind. She was so strong. So sexy. So cool. After eschewing the Fruit of the Loom undershirt in my drawer, I began to embrace it.

Other powerful female heroines followed — and all of them reclaimed the “wife beater” as an “ass kicker.” Check out Linda Hamilton in Terminator: Judgment Day. She’s no longer the cowering Sarah Connor. She’s a kick-ass mother with a kid to save. Or Michelle Rodriguez in Girlfight, going toe-to-toe with all the Rocky iconography. The list goes on, including everyone from Lara Croft: Tombraider (the video game character, Alicia Vikander and Angelina Jolie), to Carrie-Anne Moss’s Trinity in the Matrix, to Charlize Theron’s Furiosa in Mad Max. 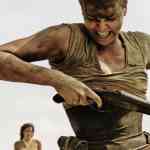 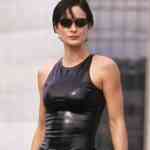 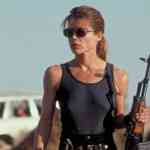 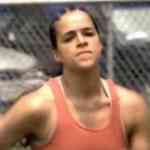 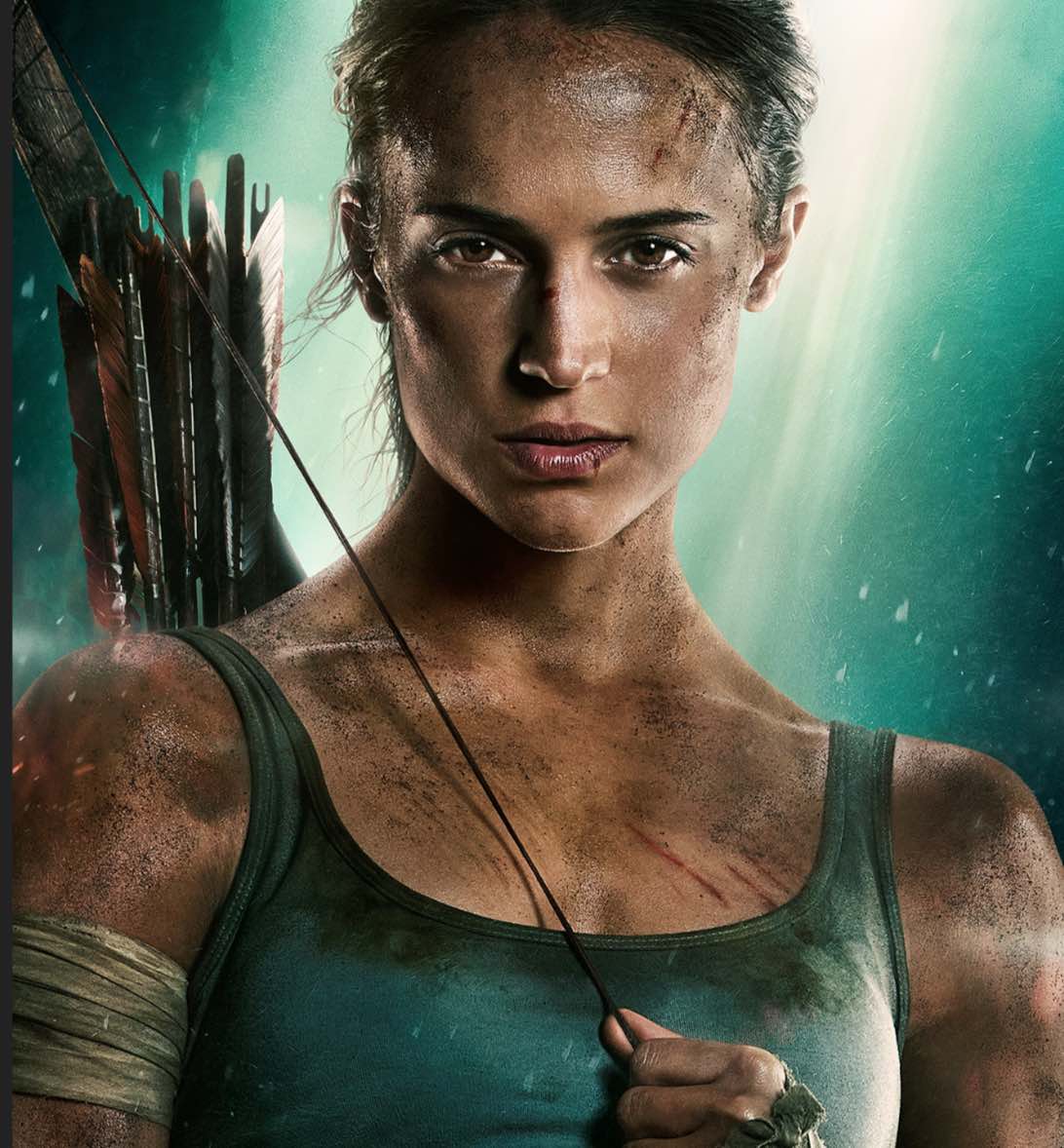 Ridley Scott says Ripley’s trend-setting costume was a fortunate result of desperation. When he and costume designer John Mollo (who also designed Darth Vader) first conceived of clothing choices for the Nostromo crew, they decided against a cohesive set of uniforms. It was a sci-fi first. However, Ripley needed some tweaking. “When they first dressed me up as Ripley it was in one of those pink and blue uniforms,” Weaver said. “Ridley Scott came in and said, ‘You look like fucking Jackie O’NASA.’”

The result was a stripped down version: Simple overalls, and a plain ribbed tank that ensured the finale would attain cult status as a sexually charged moment of female empowerment: Ripley strips down and seems highly vulnerable but she fights back against the dark, corporate and inhuman forces of greed.

It’s the same message the first feminists chorused as they sought sensible and comfortable clothing choices in the 19th century. They believed by reforming the way women dressed, they could reposition women’s place in society and overcome what they saw as “the results of a male conspiracy to make women subservient by cultivating them in slave psychology.”

Or, as Lucy Stone wrote in 1857: “Woman must become ennobled, in the quality of her being. When she is so, . . . she will be able, unquestioned, to dictate the style of her dress.”

Right now, we welcome that moment. As Brie Larson’s Captain Marvel continues to prove, we women will reclaim the plain white tank top, as well as its violently sexist ‘wife beater’ associations, as a fruit of the womb symbol of female empowerment.