When he first heard the story of triplets separated at birth and placed in different families, British director Tim Wardle knew it should be a movie. He didn’t know others had tried, and hit a wall of orchestrated silence. His new documentary takes us inside a secret ‘Twin Study’ and the shocking experience of three unwitting subjects. 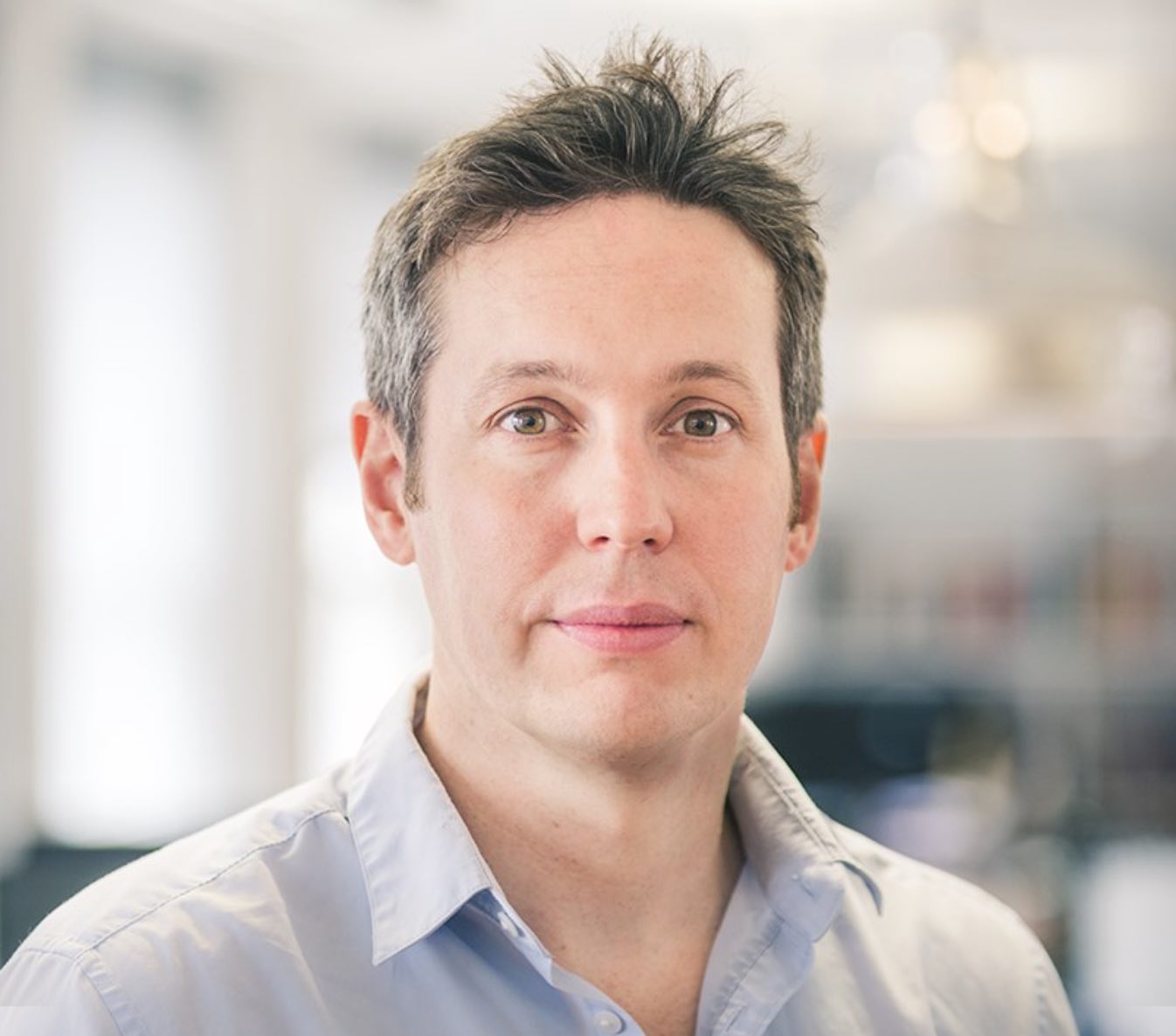 Was it a case of good scientists gone bad, or merely a misguided effort to answer the age-old question of nature vs. nurture? “Noble cause corruption” is how journalist Lawrence Wright phrased it in the new documentary, Three Identical Strangers. Yet, even that feels like a benevolent description for what happened to Robert Shafran, Edward Galland and David Kellman.

Identical triplets born in 1961 to a mother suffering from mental illness, the three boys were separated as infants and adopted by different families with varying socio-economic advantages. It was all part of a grand experiment called “The Twin Study.” Conceived by Dr. Peter Neubauer, a well-known psychoanalyst and one-time director of the Child Development Centre in Manhattan, the study was facilitated by the Louise Wise Services, an adoption agency that specialized in placing Jewish children in Jewish families.

Neither the kids, nor the adoptive families, had any knowledge of the study — or of each other. It was only when Robert Shafran headed off to college in upstate New York, and was greeted with hugs and smiles by strangers who called him “Eddie,” that the pieces of an elaborate puzzle started coming together.

Three Identical Strangers solves huge chunks of that jigsaw. Assembling all the surviving players and following the elusive paper trail, director Tim Wardle and producer Becky Read offer a documentary that doesn’t just expose the darker side of science, it explores the very core of the human condition while drilling straight into the motherlode of love that gives it meaning.

“One of the contributors said the film captured the duality of human existence — how it’s about the joys and the highs, but also the extreme lows as well. There’s a real pathos to it,” says Wardle, speaking over the phone from Toronto during a recent press tour for the film, which opens in select Canadian markets Friday.

“Most films tend to keep within a certain range, and this one has extremes and I find that quite interesting. But ultimately it’s the human story that keeps coming back to me. The identity thriller conspiracy element is fascinating, but the human story is what I find rich and universal.”

“Most films tend to keep within a certain range, and this one has extremes and I find that quite interesting. But ultimately it’s the human story that keeps coming back to me. The identity thriller conspiracy element is fascinating, but the human story is what I find rich and universal.”

A BAFTA-nominated documentary director at the BBC who works with Raw, a UK production company, Wardle first heard about the story when someone pitched him at the office. He knew it was a winner, he just had to convince people to give him money and prove he was the right person to direct.

“I tried to secure funding for it in UK and in retrospect maybe that was a crazy decision, but I felt I knew what I was doing there. I’d made films, docs for TV before, but we could’t get it fully funded. But the minute we sent it to the U.S. — we sent it to two people, and they both wanted to make it straight away.”

Money wasn’t the biggest hurdle, however. “Earning the trust of the triplets was,” says Wardle. “We found out there were three other attempts at making this movie. Two attempts in the 1980s and another in the ‘90s. All from major TV networks in the States. Some documentary filmmakers got a long way down the line, sometimes even getting to a full cut, only to have it pulled at the last minute by people higher up the chain.”

Wardle and Read had moments of paranoia. Some subjects would be eager to talk about their experience, only to pull out a short time later without an explanation. Wardle says there was a sense the people involved in the study had “real connections” and were able to manipulate coverage. In fact, news of the “Twin Study” only emerged in 1995, four decades after it reportedly began in the late ‘50s, when Lawrence Wright found a mention of Dr. Neubauer’s experiment in a Yale journal. He contacted the triplets, none of them even knew Neubauer’s name.

They found each other completely by accident, which is why Three Identical Strangers has such a compelling human story beneath the crunchy journalistic crust. Imagine what it would be like to meet someone who looks, talks, walks and gestures just like you… at the age of 19. 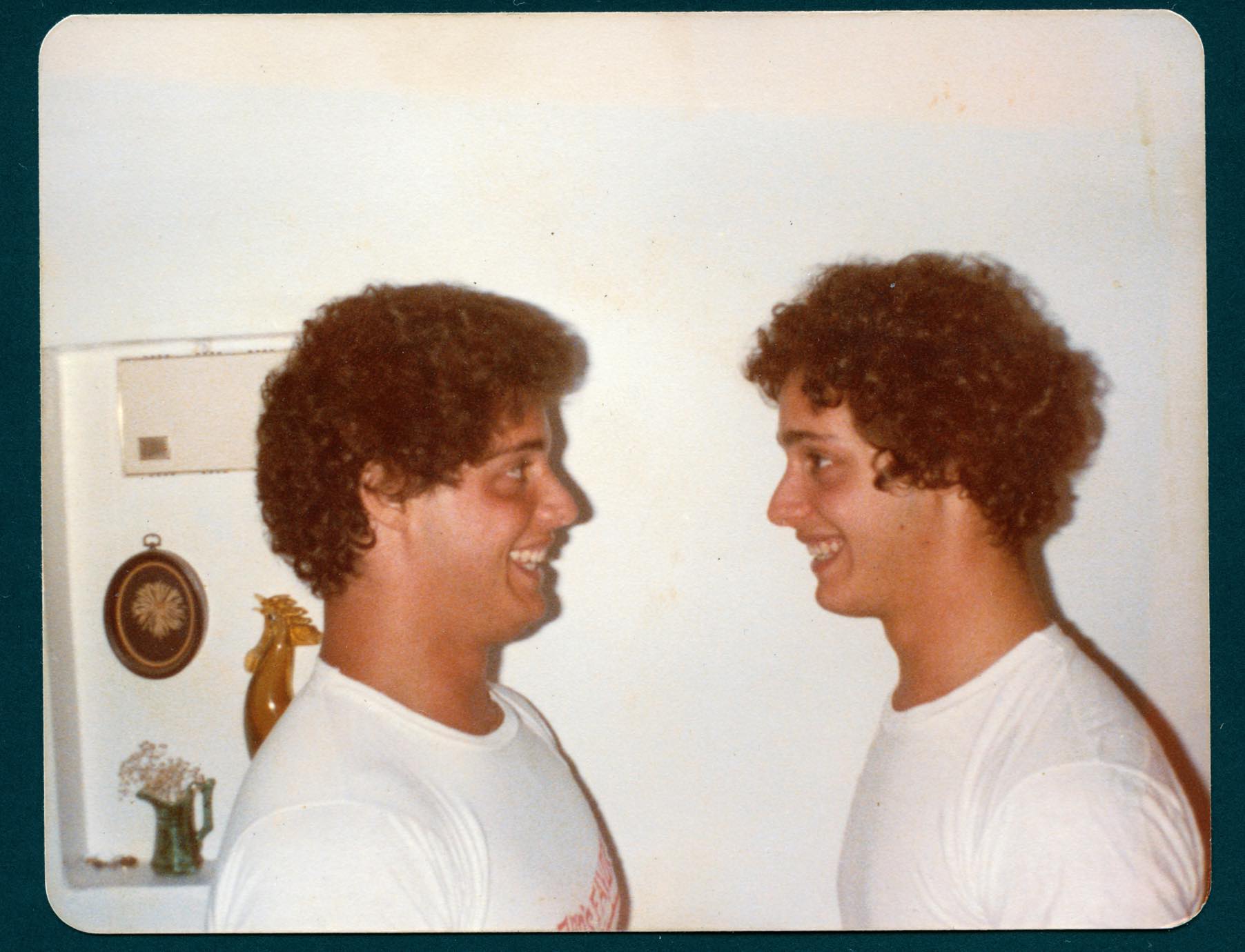 Robert and Eddie, courtesy of Neon.

“That’s an attractive notion, isn’t it? That you could meet someone who is essentially a biological clone of yourself that you could A: completely understand you, and B: has been going through life in a different version. You know, we always wonder what our lives would be like if we’d done other things or met different people. What would my life be like? That’s a fascinating idea and these are three men who have experienced something like that.”

“That’s an attractive notion, isn’t it? That you could meet someone who is essentially a biological clone of yourself…”

The enthusiasm in Wardle’s voice is still very real, even though he’s been talking about his debut documentary since January, when it premiered at the Sundance Film Festival and wound up with international distribution.

“I love the story so much, I can talk about it till the cows come home,” he says. “But the amazing thing is seeing it with people who are watching it cold. I don’t know how many screenings I’ve seen, directors usually leave, but I just love seeing people’s reaction. And the way you see the joy and the shock on people’s faces. It’s a really fun experience. It’s a good crowd movie. I think there’s something special in the communal shared experience it… so I’m thrilled we have a theatrical run. Not a lot of documentaries are shown in the theatre.”

The success at Sundance opened professional doors, but Wardle says the real reward in making the film was telling the story. “I think the experience of making it has reinforced the belief that story is everything. A good story is universal and can transcend individual cultures and countries. It can go around the world, and that has reinforced my love of good storytelling.”

Wardle says he’s always been more interested in the human drama, which is why he was so happy to have Read, who has a background in investigative journalism, at his side for the entire year they were in production.

“I love documentary film. I think the best documentary I’ve seen in the last ten years has probably been (Joshua Oppenheimer’s) The Act of Killing, which is quite experimental in form. But me, personally, I feel that docs should be entertaining and engaging. At the BBC in UK, where I used to work, they have this founding tenet that their programs should “inform, educate, and entertain” and I believe they absolutely should do that,” says Wardle.

“I think you see a lot of films now that are simply issue-driven and really about the issue more than a story. To me, a doc that is all theme and no story doesn’t work. You need the human story. The issue has to be secondary to the story.”

“I think you see a lot of films now that are simply issue-driven and really about the issue more than a story. To me, a doc that is all theme and no story doesn’t work. You need the human story. The issue has to be secondary to the story.”

The story of Robert, Eddie and David continues. The results and surrounding documents for “The Twin Study” are in the Yale University files, sealed until 2065. Wardle and Read tried to obtain more information from Yale. They received 10,000 pages of heavily redacted files for the boys on the last day of post-production — allowing them to insert archival footage in the end credits.

“You wonder if they held it back on purpose,” he muses.

“I wanted to get them more. It’s heartbreaking, but we’re thrilled we got some kind of result.”

The surprise victory was giving the men a chance to unburden, and to reconnect. “They had seen each other a few times over the years, but before we started filming they hadn’t spoken to each other in a long time. So that relationship was frosty, and I think you can see it.”

Wardle says they’re all part of the story now. “My life is entwined with theirs. We will be friends forever. I never saw it as my job to bring them back together. But it’s nice to see families talk, even when they have issues.”

“My life is entwined with theirs. We will be friends forever…”

Wardle says he just became a father, and watching his child, he’s sure kids come into the world with a personality all their own. Yet, he’s still not sure about his stance on the nature-nurture question.

“I change my mind on a daily basis. I went into the film very much on the nurture side of it, but at times while making it, I was very much on the nature side of it. But we changed so many times making the film… I think those questions are still playing out for me today. I hope people see the film. and they can make up their own minds….”