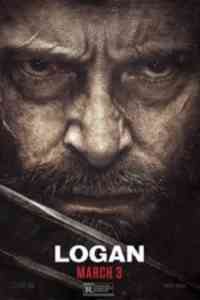 Adamantium and Arthritis: Hugh Jackman growls it out as Wolverine

It’s okay. Even X-Men get old. After all, they’re just mutant humans. They aren’t gods, so get ready to face a rite of comic book passage in Logan.

He’s Canada’s contribution to the X-Men universe, so it should come as no surprise that Logan — aka Wolverine — is a little different from other superheroes. Sure he’s got superpowers, but they come with consequences, a fact that causes great conflict within the shaggy soul of a mutant reluctantly transformed into a human switchblade.

For those who aren’t familiar with Wolverine’s origin story or the two standalone franchise films (Gavin Wood’s X-Men Origins: Wolverine from 2009 and James Mangold’s The Wolverine from 2013) that gave Hugh Jackman the fiercest mutton chops in show business, Wolverine is a Canadian from Cold Lake, Alberta. Born James Howlett some time in the 1880s, he adopts the name Logan from his biological father — the first man he murders with his mutant retractable claws.

Gifted with a power for healing very quickly as well as a secondary defensive skeleton that features six sharp claws that pop out of his knuckles, Wolverine was used as a weapon by both Canadian and U.S. military forces before aligning himself alongside other mutants as part of the X-Men crew.

He found a friend and much-needed father figure in Charlex Xavier, aka Professor X (Patrick Stewart), the wheelchair-bound telepath and de facto Mother Teresa of mutants who supports and educates those who society is only too eager to cast aside.

Professor X and Wolverine have a long history of helping each other back into the light, but things have never been darker than they are in Logan — a film set in the not-too-distant future.

The year is 2029 and most mutants have disappeared off the face of the earth, destroyed by superhuman enemies or distrusted by the human masses. Charles and Logan are alive, but a pale shadow of their former selves.

They live in secrecy near the Mexican border with another surviving mutant, the light-phobic Caliban (Stephen Merchant), a dead-ringer for Nosferatu with a deadpan sense of humour. They can trade barbs about their age and social alienation, but they know the situation is dire. Charles is suffering from a form of dementia that causes the earth to shake with every new seizure and Logan is losing his ability to heal. Even Calaban is feeling the effects of age, rendering these three men vulnerable and rather unpredictable.

Without a team of likeminded mutants to offer a sense of family, there’s a palpable hole in this X weave and every one of the remaining mutants feels the ache of emptiness and mortality. It’s a dreary pall, but it puts Mangold’s Logan on solid emotional ground because it’s grappling with undeniably recognizable and highly human material.

Logan and Charles essentially play out a father-son dynamic as Logan struggles to make ends meet as a chauffeur while hiding his father in an abandoned smelter, worrying he’ll attract the attention of the authorities every time he has a seizure.

Charles is an old man in an old hospital bed. Even his automated chair is gone, replaced by an ordinary manual model with ripped fabric and tired pillows. It’s horribly depressing, but watching Wolverine try to extract his arthritic claws is even more unbearable.

When bad guys try to mess up his ride, he gets angry enough for a credible and rewarding action sequence showing sliced and diced enemies, but this is not the indestructible Wolverine we’ve come to love. He bleeds. He can bruise. He’s – gasp! – almost human.

Fortunately, this whole movie isn’t about death and undeniable mortality. Mangold (Cop Land, Walk the Line, 3:10 to Yuma) and co-writer Scott Frank (Out of Sight, The Interpreter, Marley and Me) smooth out the ooze of old man pathos and let it harden just enough to place another layer of narrative on top.

Also bearing some similarities to real world problems, the secondary narrative features Laura, a Latina girl played by newcomer Dafne Keen, trying to make it over the border with her caregiver. Professor X immediately senses their arrival and begs Logan to take them in, even though they could jeopardize their own safety.

The conflict between Logan and Charles is intimate and poignant. Stewart and Jackman are seasoned talents who know their characters’s complex journeys inside out and they hit all the right father-son notes, giving Logan an almost Shakespearean scale — with Stewart playing a brand of aging Lear and Jackman taking on the thankless mantle of a Hamlet. Caliban’s Shakespearean roots don’t even need explaining, since he’s a lot like The Tempest’s Caliban — a mutant half-breed who lives in a cave.

Mangold and Frank have the depth and the experience to bring the required gravitas to the frame, but even in this dark, post-apocalyptic universe where mutants are hunted and humans die alone and friendless, we need a sense of comic book brightness for the imagery to register.

Laura, the little girl, is the sole beacon, and while she remains a little underdeveloped, she supplies just enough youthful energy to keep the audience vested in what’s an abnormally bleak outing.

Mangold gets full points for pushing the comic book form through a significant rite of passage and exploring the new, grown-up reality of the once adolescent X-Men audience. The emotions are authentic and the performances are sharp, but in there’s a dullness in the execution. In this simplified comic book universe, Mangold needed to sharpen every dramatic device to make it work in a universe defined by bold outlines.

The drama gets a little sloppy as the plot drags on, sapping audience empathy and taking us to places we’re loathe to go in an action film: namely, the root cellar of reality. Yet, for all the melancholy and darkness, Logan still works — as both standalone and X-Men instalment— because after close to two decades of X-Men movies, we can’t help but love these guys, even if they’ve lost some of their comic book mojo and some mutant juice.

Stripped of their pen and ink testosterone, we can see them as human. It’s not as sexy as ripped muscles and lycra tights, but it’s as real as the genre can get without sacrificing our inner child on the cold altar of hard facts and undeniable mortality.

1 Reply to "Arthritis and Adamantium: Logan senses an ending"