Some say Donald Trump won the Presidency playing to childish insecurity and name-calling, but the annual box-office derby also proved a public appetite for adolescent entertainments. Film Critic Katherine Monk breaks down the top-ten money earners, and offers her own take on the year’s best.

The political arena wasn’t the only place where childhood behaviours prevailed in 2016. Movie theatres also played to our apparent desire for less-sophisticated, over-simplified entertainments.

It was the year the Mouse House roared: The Walt Disney Company was responsible for five of the year’s top ten earners worldwide, for a record haul of $4.829 billion – just a little under half the cumulative worldwide gross of $11.3 billion.

Warner Bros. pulled up second with $2.4 billion in receipts from three releases: Batman vs. Superman: Dawn of Justice ($873M), Fantastic Beasts and Where to Find Them ($776M) and Suicide Squad ($745M).

Universal and Fox filled out the field with one release each: Uni’s Secret Life of Pets pulled in at #5 with $875 million and Fox hit #7 on the garrulous and hilariously gangrenous coattails of Deadpool’s $783 million.

On the whole, box-office didn’t change much, up just 2.2 per cent from last year as a result of a slightly larger than average gate of 1,320.5B admissions thanks to mega titles and established franchise films.

For the viewer, 2016 may have felt a little same-old, same-old with returning characters and storylines eating up screen time, as well as capital investment. Movie-lovers may bemoan the lack of originality in both plot and design, as well as talent and creators — not to mention the lack of adult content. Every single title in the top ten was either a kids’ movie or a comic book franchise geared at adolescent sensibilities.

Whether we’re watching the Disney-fication of the adult world, or the adult-world’s desire to regress into a simplified state of good versus evil and mono-syllabic dialogue remains to be seen. But chances are we’re going to see even more of the same in 2017.

That said, the year did offer standout, grown-up cinema that challenged the mind to grow and the heart to swell with sympathy. No. They didn’t earn as much as the primary coloured and the pixellated, but they nonetheless etched a place in my memory, and will stand as my top ten of 2016. 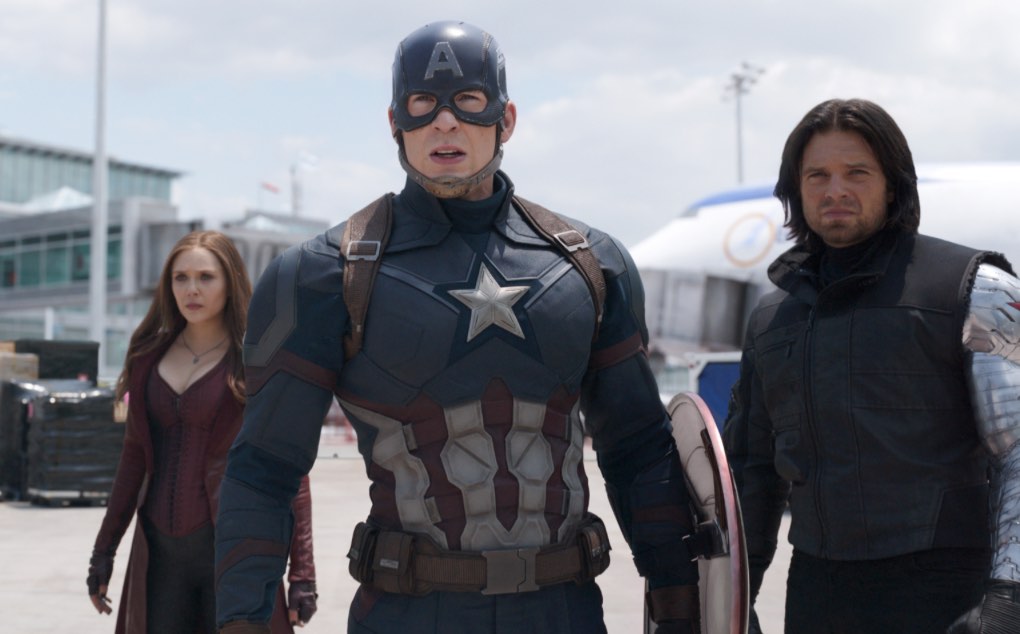 Top Ten at the Worldwide Box-Office for 2016 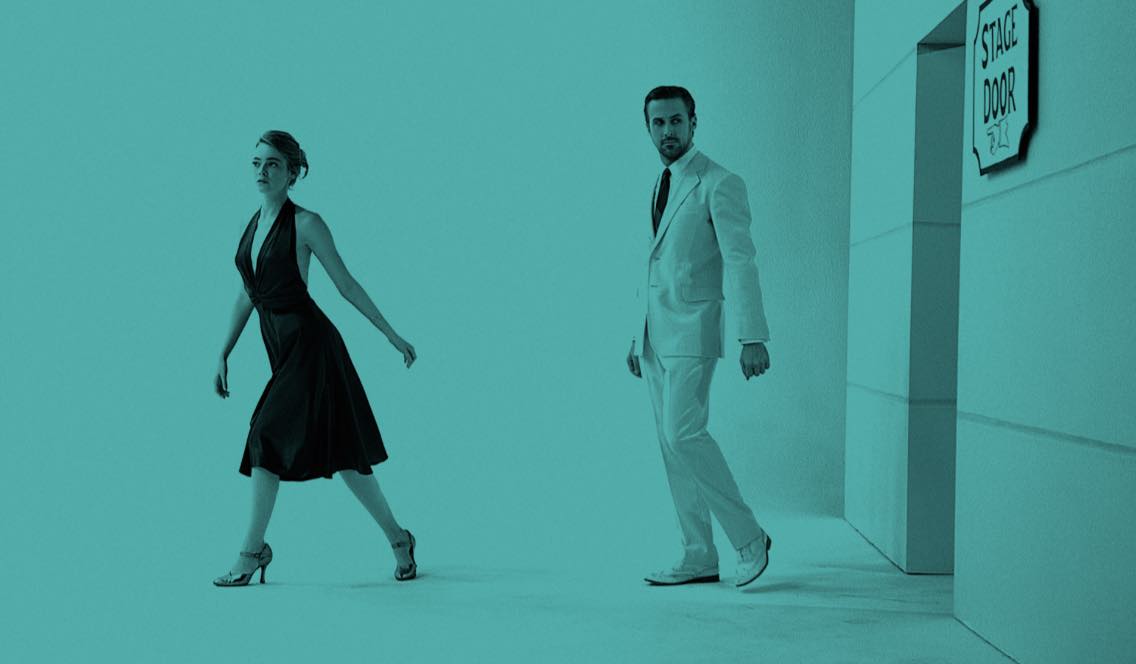 1. La La Land: Damien Chazelle’s (Whiplash) sophomore effort was about much more than Hollywood’s love for itself as it featured Ryan Gosling and Emma Stone as star-crossed lovers trying to find success in the City of Angels. Chazelle touched on our collective desire for what we want Hollywood to be: A place where romance succeeds, where fantasy beats reality and childhood desires are rewarded while adult concerns are jettisoned into oblivion. Like the opening sequence showing a production number in the midst of a traffic jam, Chazelle captured the dream, as well as the smoggy, decidedly unromantic reality.

2. Arrival: Denis Villeneuve hasn’t made a bad film yet, and this yarn does more than tell the story of aliens landing on earth. Thanks to Amy Adams’s delicate yet emotionally intense performance as a linguist tasked with deciphering the visitors’ language, we come to understand our own humanity that much better as the axes of our understanding — time, space and matter — begin to unravel over the course of the running time.

3. Deadpool: Cheeky, foul and self-aware, Ryan Reynolds’s labour of love captured the Zeitgeist’s cynicism as it skewered heroics through a decomposing superhero’s actions. It also echoed our wholesale desire for change, especially when it comes to authority figures. Oh yeah. It was also incredibly funny in addition to being socially critical.

4. Lion: Sunny Pawar and Dev Patel play the younger and older versions of Saroo Brierley, a real-life kid who ended up 1600 kilometres from home when he boarded a decommissioned train and fell asleep. Twenty years later, he uses Google Earth to retrace his steps. It all sounds so hokey and shallow, yet thanks to first-time feature director Garth Davis and the two lead talents, the story assumes the dimensions of an epic odyssey by sculpting emotions into dramatic acts.

5. Captain Fantastic: Viggo Mortensen, Frank Langella and George Mackay head up a gorgeous ensemble in Matt Ross’s little movie with great intelligence — and a bus named Steve. Mortensen drives this unlikely vehicle with incredible confidence as we watch him struggle to raise his kids with pure hearts and minds by taking them off the grid. The rubber hits the road when tragedy forces social re-entry, and a recognition of our need for others if we are to truly be in this world.

6. Love & Friendship: Whit Stillman returned to the big screen with his own adaptation of Jane Austen’s Lady Susan —  a story of a conniving socialite eager to secure her place in the establishment by manipulating the rather dim men around her. Kate Beckinsale had such a thorough grasp of the language and the nuances that every twist of the knife tickled, and every hint of mischief made us laugh.

7. Weiner: It was an incredible achievement in documentary filmmaking before the American election unraveled with the FBI’s announcement it would reopen the investigation into Hillary Clinton’s email server, but Weiner’s importance grew even bigger when we realized how one small man’s sex addiction could tilt the balance of power.

8. Nocturnal Animals: Tom Ford created aesthetic horrors that held a dark mirror up to our cultural soul. Taking full advantage of some creepy cleavage, Ford shows us a beautiful art gallery owner (Amy Adams) living in a surreal world that feels artificial. He then tears that ‘real’ world apart with a fictional, nightmarish narrative penned by her ex-husband (Jake Gyllenhaal) that feels entirely seamless. It was Stranger Things’s “upside down” — for grown-ups.

9. Gleason: He was a football hero who blocked a kick and helped the New Orleans Saints reboot the national psyche after Katrina. But Steve Gleason was later diagnosed with ALS, forcing him to create a video diary for his unborn son. The result is a film that takes us to the very core of the human experience as we watch one man grapple with his own mortality and meaning, while we also watch his family struggle with the everyday challenges of simply being alive.

10. Eat That Question: Frank Zappa in His Own Words: He died over two decades ago in 1993, but Zappa remains a symbol of anti-establishment thinking — which may not be the most accurate legacy for the man who gave us Joe’s Garage. In this enlightening and altogether inspiring documentary from longtime Zappa fan Thorsten Schütte, we get a very different picture of the jazz composer as a dedicated musician who prophesied “a fascist theocracy” before Donald J. Trump borrowed his first billion.

No Replies to "Bringing up Babies: Top Ten movies of 2016"