He grew up sketching trees in Stanley Park, now the Vancouver animator is breathing life into the pixels behind Ralph Breaks the Internet, the latest adventure for two arcade characters learning to console each other. 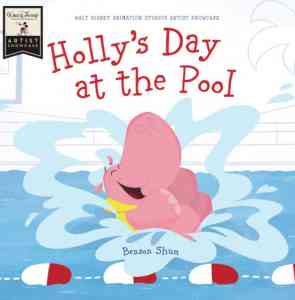 Holly’s Day at the Pool: Benson Shum’s book helps kids who don’t like water embrace the act of getting wet and floating around like a happy hippo. 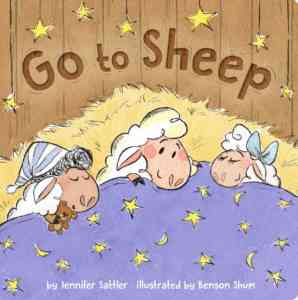 Go to Sheep: An ovine overnighter illustrated by Benson Shum

VANCOUVER, B.C. — Disney takes animation so seriously, it sends filmmakers to far-flung locales to do research. Work on Moana, and you might find yourself on an all-expenses paid trip to Hawaii and New Zealand. Work on Zootopia, and the continent of Africa is on your itinerary. So where did the directors of Ralph Breaks the Internet visit?

“Number One Wiltshire Boulevard,” says Benson Shum, Vancouver native and veteran animator at Disney. “That’s where all the servers for North America are located. It’s really just big rooms of wires and boxes.”

Shum says he didn’t get to go on the field trip to downtown Los Angeles’s mega-hub, but as part of the massive animation team that brought Ralph Breaks the Internet to the big screen, he did see pictures. His bigger concern was nailing the emotions that might come with a virtual existence inside a box, where most of your actions are pre-programmed by an outside creator.

“If there’s any part of me in the movie, it’s in the curiosity… and asking why things are the way things are,” says Shum, sitting down for an interview in his old hometown on the eve of Ralph’s big Thanksgiving Wednesday opening.

If there’s any part of me in the movie, it’s in the curiosity… and asking why things are the way things are…

Vancouver isn’t the only thing he’s returning to on this particular occasion. Shum’s first job at Disney was bringing Ralph and his friend Vanellope to the big screen in 2012’s Wreck-It Ralph, the story of an unlikely friendship between two video game characters: a marauding strong man who demolishes buildings (Ralph, voiced by John C. Reilly) and Vanellope (Sarah Silverman), a cute race car driver who burns up track in her racing game, Sugar Rush. The movie opened in the same Thanksgiving window, and grossed close to $50 million in its first weekend, eventually raking in $471 million worldwide, good enough to rank #12 on the 2012 list of top money-makers.

The new film brings Ralph and Vanellope back, but creates deeper friction between them. Vanellope is getting bored going around the same old ovals, and craves a challenge. Ralph obliges by tearing up her game, but in the process, causes a chain reaction that leaves the console broken. The only way to save Sugar Rush from the scrap heap is to find a part on eBay, which means the two video game characters will have to transport themselves onto the Internet and negotiate a deal. It’s a cyber-scavenger hunt, filled with all the innate dangers of the worldwide web.

Pop-Up Ad Sales: Ralph and Vanellope make a new friend on their first visit to the Internet, as visualized by the team of animators at Disney. Courtesy of Walt Disney Studios.

“I don’t want to say too much about the plot because I don’t want to spoil the film,” says Shum, who has also put his talented hands to work on Frozen, Moana, Big Hero 6 and Zootopia.  “But ultimately, this movie is about friendship and how two friends can have a deeper friendship if they overcome the obstacles and issues they have. These two characters come apart, but in coming back together, they learn what friendship really means.”

…Ultimately, this movie is about friendship and how two friends can have a deeper friendship if they overcome the obstacles and issues they have….

For Shum, who doesn’t have a hand in the script, it’s all about translating the feelings into action. “As an artist, I try to focus on telling the best story with the scenes I get.” The fun part is playing with character, and Shum’s specialty is, in a word, cute.

The animator grew up doing pen and ink sketches of just about everything, from classic cartoons to comic book He-Men. “I gravitated to more of the cute work. I like to bring joy to what I do and say something with my art. I like to make things happy.” In doing so, he makes people happy. Shum’s niece was afraid of water, so he wrote and illustrated a kids’ book about learning to love the pool featuring a baby hippo: Holly’s Day at the Pool. One look at the cover, and you can’t suppress an “awwww…cute.”

Shum says he always liked drawing because it helped him understand the natural world a little bit better.  “I remember learning to draw… I would go to Stanley Park a lot and walk around the sea wall, sketch trees, hang out by the beach. I found it peaceful,” says the one-time Gladstone student who grew up in East Van.  “I would observe… You learn how to make something realistic and that’s the basic foundation of drawing, and from there you learn to caricature certain items and that’s when you learn about design,” he says. “I like to know how things work, generally. For animation I watched a lot of cartoons to see how they were made… Like flipping paper. That’s how I got into animation.”

I remember learning to draw… I would go to Stanley Park a lot and walk around the sea wall, sketch trees, hang out by the beach… I would observe.

The drawing skills are a necessity, but conveying feeling — the living essence of a creature — is the core of what “animation” is all about. “You are animating an inanimate object. Giving it life.” Shum shies away from any ‘god-like’ label, but he does say you have to make sure the drawing communicates sentience. “I think it’s about giving a thought process and a thought, whether it’s a chair or a cup. When you think about how they are feeling and where they want to go, you have to give it life in your mind. And you would try to transfer that into making it move.”

Shum says working at Disney offers a perk no other studio can, which is working alongside legends of classical 2D animation, who continue to mentor the next generation of pixel pushers. “They’ve taught me how to give a character a stronger pose, and how find — what we call in animation — a line of action. You always want to make it less robotic, and to do that, you need to have an S-curve in your mind so things flow in the work.” For Shum, the flow comes with practice, and most importantly, with feeling. “Joy,” he says. “I always want to bring joy.”

Ralph Breaks the Internet is now open in theatres everywhere.

No Replies to "Benson Shum brings joy to Disney destroyer"