She had a starring role in It’s a Wonderful Life, but Gloria Grahame had anything but. As one of the leading femme fatales of the 20th century, Grahame was a prisoner of her pin-up image, sentenced to the shadows of sexually charged parts in an era that regarded a woman’s libido as a moral liability.

Sexuality was her ticket to the gleaming world of Golden Age Hollywood, but in Paul McGuigan’s emotionally detailed portrait based on Peter Turner’s memoir, we can see how her biggest gift also became her biggest burden, and eventually, her martyr’s cross.

Grahame died of cancer at the age of 57. She believed if he had chemotherapy, and lost her hair, she would have lost her shot at future employment.

It’s a sad comment on the deeply ingrained sexism now acknowledged within the film industry, but it’s a sadder statement on how Grahame perceived her own value as a function of sexual desirability.

It’s the latter that makes Film Stars Don’t Die in Liverpool such a slow-burn tragedy, and such a moody portrait of the so-called feminine mystique.

Playing Grahame with an edge of plush-toy preciousness, Annette Bening finds the breathy edge of seductive power as it recedes with the tides of age.

She’s not washed up when we meet her, but she’s definitely swimming into the breakers. She’s middle-aged and a four-time divorcee living in London, and before McGuigan focuses on her face, he shows us the process of making it up. Lingering on a can of hair spray and moving into a close-up of red lipstick applied to crepe paper lips, we immediately get a sense of the central motif: masks.

Playing Grahame with an edge of plush-toy preciousness, Annette Bening finds the breathy edge of seductive power as it recedes with the tides of age.

Grahame had an ability to carve them daily, and Bening brings each one of them to life with grace as well as urgency. From baby whisper coquette to swaggering love slinger, we’re given a first row seat to the many faces of a cinematic Eve.

Yet, as entertaining as it is to watch a woman play a good game, every frame of McGuigan’s movie is saturated with a sense of looming tragedy, almost stalling the whole enterprise with choking sentiment.

It’s just the nature of the material. Peter Turner was Grahame’s lover during her final chapter. He was a 28-year-old actor who fell for her in London, and soon followed her from Los Angeles to New York. More than a quarter-century separated the two in age, yet there is no gap in the mutual affection as reflected by Bening and co-star Jamie Bell (Billy Elliot, Turn).

Bell plays the young, empathetic Turner, an aspiring actor from Liverpool who meets Grahame as a neighbour. He has no idea who she is, but he’s rapt nonetheless by her fearlessness, as well as her sexual moxie. They begin a scorching affair, and we can feel the throb of genuine romance thanks to the fully committed performances from the two leads. 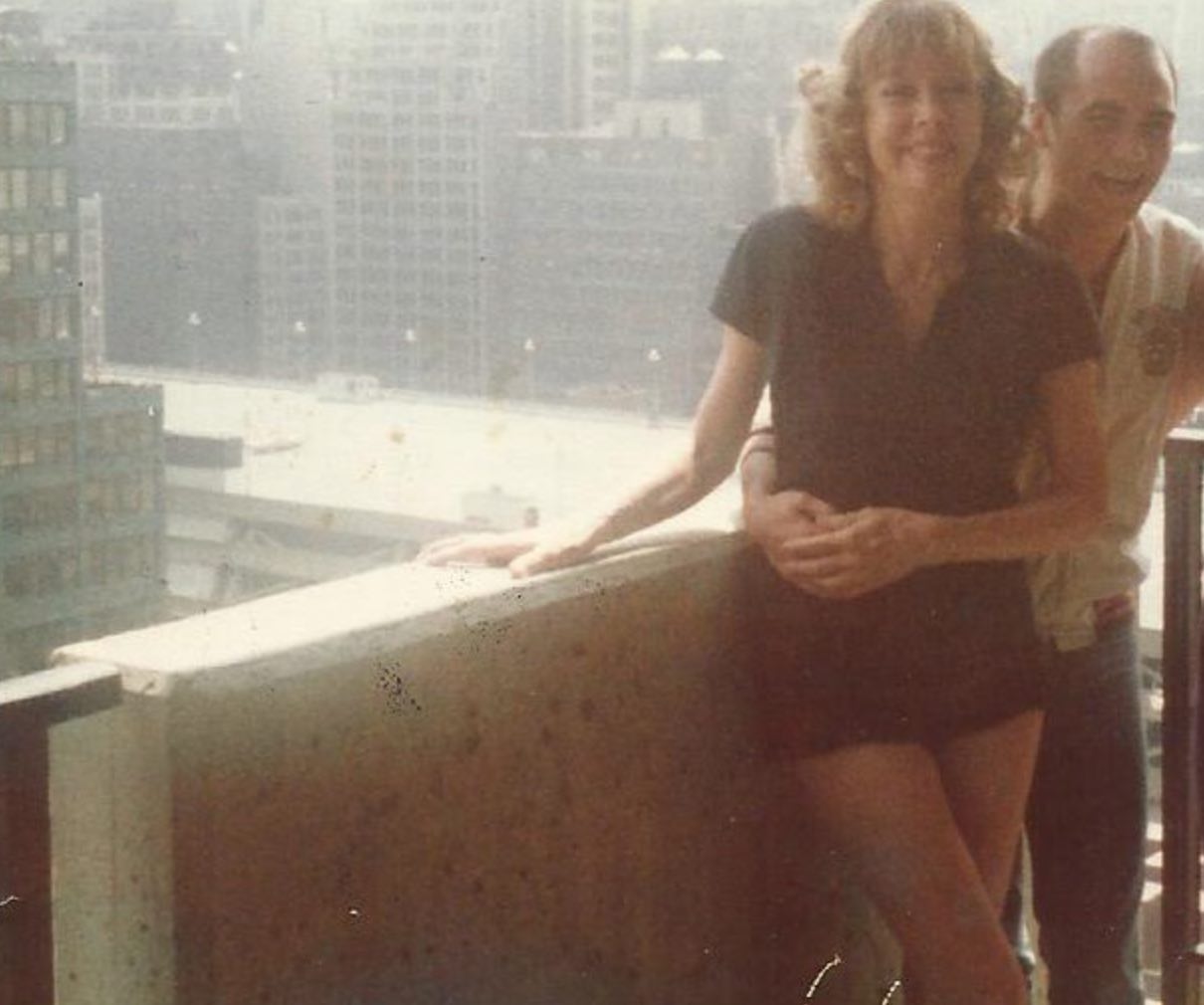 Kodak Moment: The real Gloria Grahame and Peter Turner together in New York.

This is a love story, at least in the heart of Bell’s Turner. For Bening’s Grahame, however, it’s something just a little bit different. Certainly, she is in love with Peter, but it’s hard to tell where the edges of self begin and end. Is he just an accessory to her ego? Does she need the male gaze to feel meaningful? Gloria is a cloudy glass of unresolved ambition. She needed constant stirring, and Turner, for a time, acted as willing spoon.

This is a love story, at least in the heart of Bell’s Turner. For Bening’s Grahame, however, it’s something just a little bit different. Certainly, she is in love with Peter, but it’s hard to tell where the edges of self begin and end.

What saves Film Stars Don’t Die in Liverpool from the emotional murk is the passing sense of time. McGuigan captures the layers of sediment as they fall to the bottom, lending dramatic form to each stratum of sentiment. At one moment, Gloria reminisces: “Bogie used to say ‘stay in the shadows Gloria, let the camera come to you.” It’s a single sentence, but it gives us the whole tone of her time in Hollywood. McGuigan builds these layers through Gloria’s words and body language, but also through Peter’s deepening gaze.

The result is something like a sand jar: a million moments miraculously sifted into an unnatural pattern. It’s a defiant testament of our desire to turn the random grains of experience into a meaningful life, as well as our willingness to gawk at beauty.