The writer-director of Brad’s Status is an indie darling, but he says he still wrestles with insecurity and ego issues because we live in a world of false comparisons

TORONTO — “I think you have your epiphany, and then you forget about it,” says Mike White. “Then you remember it again. And you forget it again. It’s like you are inching toward wisdom. Or circling the drain.”

White seems to be doing all of the above, all the time, because his mind seems to radiate ideas. He creates tangent lines mid-sentence, leaving orbit, only to fall back to earth, chained by the full force of gravity.

It’s his ability to levitate and fall with giddy aplomb that makes his voice so unique and his characters so memorable, whether it’s Selma Hayek as massage therapist and healer in Beatriz at Dinner, Laura Dern as a recovering executive experimenting with faith in Enlightened, or the entirely childlike Chuck, from the indie landmark Chuck & Buck.

White’s characters are often so emotionally naked, we cringe — with as much recognition as  embarrassment; the unflattering picture we can’t un-post. Certainly, that’s the case with Brad’s Status, White’s latest effort as both writer and director.

Featuring Ben Stiller as Brad, Jenna Fischer as his wife Melanie and Austin Abrams as his son Troy, the film deals with the nagging insecurities of a middle-aged man. Brad feels like a failure because his friends seem to be far richer, far more celebrated and far more realized than he is — pushing Brad to question his entire life over the course of a 90-minute encounter. It’s painful to watch so much self-doubt in one dose, but the self-absorption is so intense and so unrelenting, the only thing left to do is laugh. And that’s exactly what White is doing right now as he faces the demons, and sits down with a clutch of reporters to talk about the film after its premiere at the Toronto International Film Festival.

“I like to think that I am generally pretty happy, but I definitely have a Brad in me for sure,” he says.

“The times that I am the most Brad is right now, like when a movie comes out and you’re like, oh, that’s a good review… sort of… or whatever. Or when you start to get feedback and you become self-conscious about it. Like I love writing and being inspired and collaborating with people, but the part where you start to feel [there’s] this person that has my name and… people are ascribing things to me… I don’t find that part that fun.” 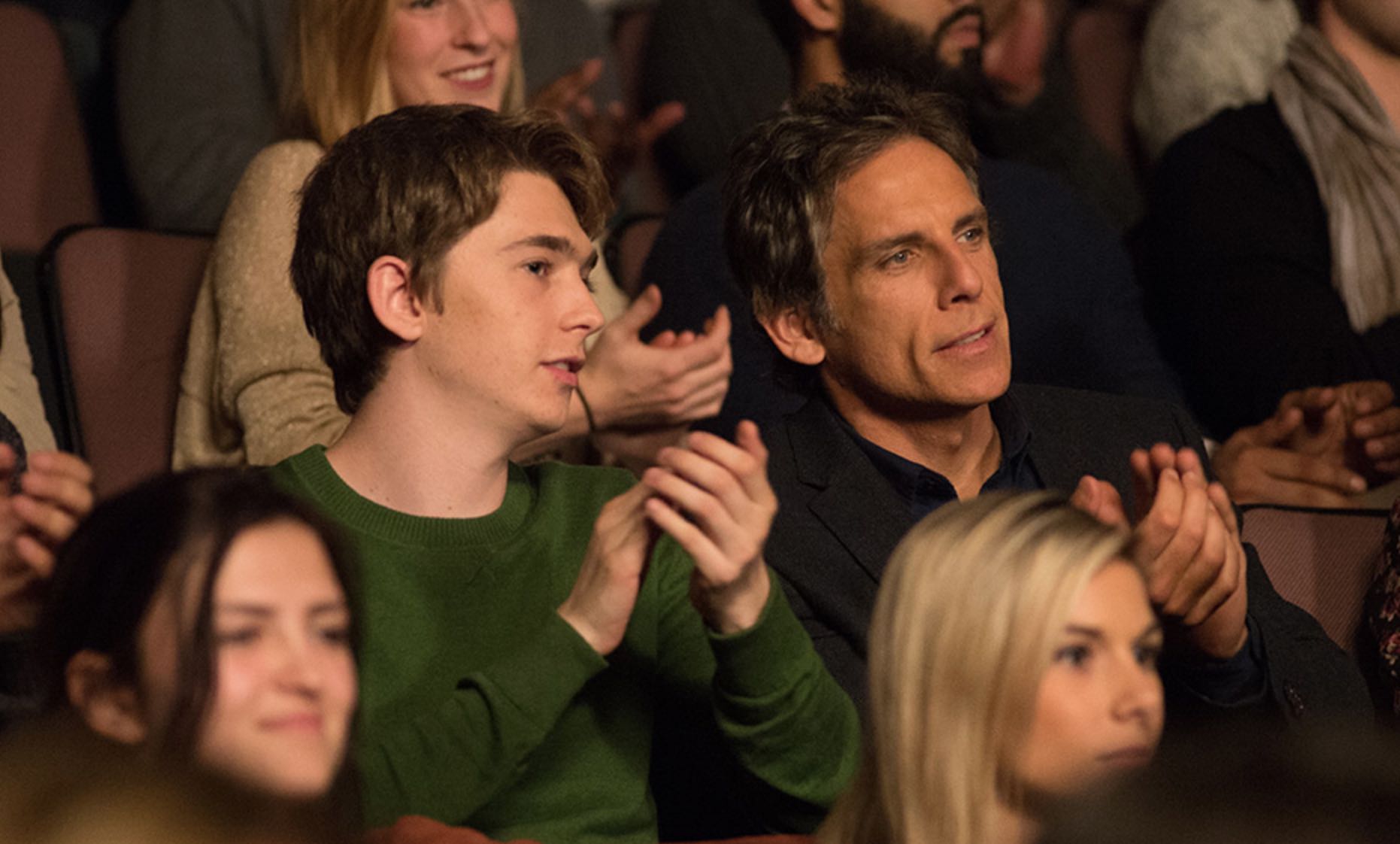 Yet, so far, the reaction to Brad’s Status has been positive. Critics have hailed the film as a brave unveiling of male insecurity, and White himself has been approached by what he calls “middle-aged agents” who wonder if he’s been reading their deepest thoughts.

Yet, White says Brad is really more of a projected construct than a real person.

“I don’t think of Brad as a character that exists. He is over when the movie is over. Like there is no Brad. But to me, he represents a certain thing. Like to me, [he’s] that part of yourself that has insecurities and ego needs and compares yourself to others and comes up lacking in your own mind, and, you know, I have that. And, like, I am embarrassed by that side of myself,” he says.

“It’s not the cool side of myself that I want to project to the world. But I also want to have compassion for that person, too. It’s not just ‘oh, you stupid shit.’ It’s like we have that, and it doesn’t matter if you have a lot of money, or not a lot of money, or somewhere in the middle…  you can get into that kind of thinking.”

In the film, the inciting event is the cover of an Architectural Digest showing one of Brad’s friends from college (played by White himself) sitting in a lavish designer home, filled with beautiful objects and artfully arranged coffee table books. From that moment on, Brad is in comparison mode — wondering if he’s ever going to measure up.

His personality is falling off a cliff, forcing the audience to ask the bigger question about expectations: Where do these insane ideas of success come from? Ask White if Hollywood is to blame and he pauses, explaining his role as participant and storyteller, as well as creative subversive.

“I like the stories I tell,” he says. “And yeah, maybe I do think … there was a time when we didn’t have access to rich people and lifestyles of the rich and famous. Like… the Kardashians and the way they live. It’s [presented] like they’re my friends. But they are billionaires, and they fly on jets, and everything is just about shopping. That, to me, is the issue of the movie: …thinking that you need to live these extravagant lifestyles, and that those extravagant lifestyles are somehow a barometer of success. Or that’s something that should be, you know, elevated or valued is both I think personally crippling and also globally destructive, because if seven billion people think they should be flying private planes everywhere, it’s just not sustainable. Sorry. Not everybody gets to party like the Kardashians.”

White smiles and the soft sarcasm sloughs off.

“I think Brad has been distilled into a concentrate,” he says. “Honestly, I get paid sometimes to to rewrite scripts and write stuff where you are just always flattering humanity… you know, they are likeable. Like he’s a scrapper but he can also solve equations. It feels very, like, pre-digested and so, those moments where he’s like [flawed], you just hope that people recognize the human part of that… He is a loving dad and he’s just distracted, but maybe there is hope for him.”

White may have wrestled with the ghosts of his own religious upbringing, sought out yoga and meditation — a spiritual quest mirrored in the HBO series Enlightened (which he says did not end well with the network) — but he hasn’t abandoned faith in the human animal, or the creative process.

The epiphany may be forgotten in the moment, but there’s a chance you’ll remember it all over again.

“My hope is that people see the movie, because when I find when I get into that headspace of comparing myself, or feeling insecure about where I stand in the world, I find that by noticing … my thinking … it takes me out of it. You know, like… if you make a movie where it really is that in a nutshell… then people who have seen the movie will register that [and think] ‘oh, I am like that freaking loser, Brad. But I‘m cooler than that. I have to snap out of it.”