We can read what we want to read, Coronavirus doesn’t care

Column: The Balm of Poetry Part 2 – Ken Dryden on Covid-19

A celebrated Canadian sports figure and latter-day politician takes on a new foe without a stick or gloves, just team spirit and pragmatism. 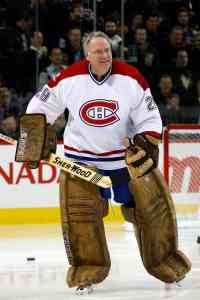 The Montreal Canadiens goalkeeper, and all-time Canadian icon is also a poet.

This rather sombre poem about the relentless of COVID-19 was written by Ken Dryden, if not his first published poem, certainly the first I had come across. It appeared April 1 in the National Post. Dryden, of course, is the legendary Hall of Fame goaltender for the Montreal Canadiens, bestselling hockey author and former federal Liberal cabinet minister, who has been so consistently impressive over the years with his intelligent, considered and caring response to just about everything that attracts his interest. Ordinarily, I wouldn’t have considered posting a poem like this, given that I have been turning to poetry as a way to help soothe the soul in these unprecedented, perilous times. But if we are going to get through this, I found it a reminder of just how much all of us need to come together, regardless of ideology, income, rank, instant expertise and on down the list. From jet-setters to Boris Johnson to the frail elderly in our long term care homes, COVID-19 is a threat to all, a leveler of the direst nature. Dryden said he had written his poem in late March “after much thought”.

For all of us who don’t know

We can read what we want to read

Believe what we want to believe

Hope what we want to hope

Say what we want to say

We can want what we want

Do what we want

COVID-19 is not impressed.

Plus, in a more cheerful vein, it gives me a chance to relate my one encounter with Ken Dryden, way back when we were oh-so-young, Martha. Somehow, perhaps with the help of me sitting on the bench, the Newmarket Pee-Wee all-stars had managed to make it to the final of an annual baseball tournament in Listowel, Ont.

Our opponent was North Toronto, and their pitcher was Ken Dryden. That created a buzz on our team because somebody knew he was the brother of Dave Dryden, who played goal for St. Michael’s Majors in the exalted ranks – at least to us – of Junior A. Who cared about his younger brother? We felt touched by fame because of his connection to brother Dave. Little did we know…. 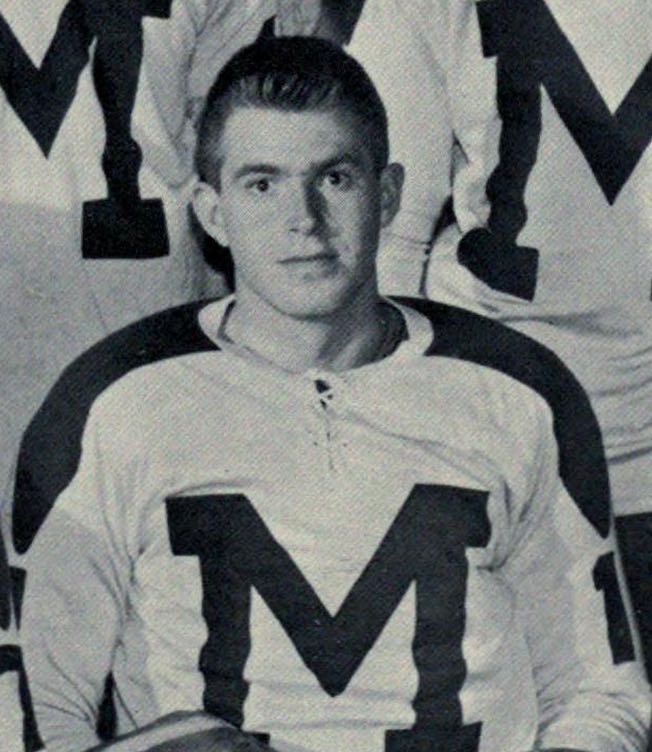 Dave Dryden, during his time at St. Mikes. He subsequently played in both the NHL and WHL, but is best known for devising the first cage-style goalie mask, which remains the norm today.

The other player on the powerful North Team who created a stir before the game started was their second basemen. It was none other than Rossie Armour, one of my first best friends when I moved to Newmarket. He lived just up the street. Until his family departed for Toronto, we bonded over our love of sports, even at our ridiculously young age. Of course, as was common in a small town like Newmarket, us kids pretty well knew everybody of the same age, if they played sports. “Hey, it’s Rossie Armour,” we nudged to each other.

As for the game itself, we were totally in over our heads. I mean, North Toronto against little old Newmarket. They clobbered us 9-0. Ken Dryden was overpowering on the mound. Our only hit was a slow dribbler down the third base line. (“Looks like a line drive in the box score!”). Most of our batters struck out. The only time one of them reached the outfield was a drive to left field by Gary Toporoski, who managed to time a Dryden fastball just right. Unfortunately, the new bat Toporoski used was broken an inning later by Lloyd Harris, as he managed his squib of an infield hit. I don’t think Toporoski ever forgave him.

When the shellacking mercifully came to an end, I think most of us felt a bit embarrassed by the lopsided score, but also a tinge of pride that we had been in the presence of such prowess. It was a feeling that only grew over the years as Ken Dryden made his mark in the NHL as one of its greatest goalies ever.

Years later, after a stop in Victoria during his federal Liberal leadership campaign, I asked Dryden if he remembered that game in Listowel against Newmarket. He said he did, but I think he was just being nice to a reporter. However, he did have firmer memories of his North Toronto team-mate and my early buddy, Rossie Armour. As I tried to prolong the conversation, he looked impatient. A moment or two later, he was gone, bundled away by his aides, leaving me with my memories and he with a look of anticipation to the next campaign stop.

One final note: the coach of the North Toronto team was some guy named Roger Nielsen*. Ever heard of him?

* You can find his statue outside Rogers Arena in Vancouver.

For more Mickleburgh, you can visit Mickleblog or the Ex-Press archives.

1 Reply to "We can read what we want to read, Coronavirus doesn't care"