Travel: Finding A Sense of Faith in Finland

So far, so bad… The New Year’s promise of a fresh start turns sour, forcing an old scribe to seek spiritual sustenance from the past via memories of a visit to Scandinavia.

Well, here we are in yet another decade, And, like much of the previous 10 years, with a few exceptions, so far so bad. As the outside world turns increasingly partisan and dark, I found myself seeking some spiritual sustenance from the past. I fastened on a similar passing of time 30 years ago: the last days of the 1980s and the beginning of the 1990s, a decade which proved pivotal in my life and career in a way I never thought possible. My reflections were likely heightened by the fact that it all took place in the country where my mother was born, Finland.

I was lucky enough to be living in Paris that year, so it had seemed only natural to spend Christmas and New Year’s revisiting my ancestral roots. It was wonderful. Sparkling snow covered the fields and country roads of the coastal farming village that had anchored my grandmother’s side of the family for countless generations. Cheeks reddened in the biting cold. The night of the winter solstice, we made a moving visit to the gravesites of those who went before us, clearing away the snow and lighting candles.

Days were spent in a never-ending round of housecalls, warmed by festive, mulled “glogg” that miraculously improved my rough Swedish. Or so I thought. (My mother’s family are Swede-Finns, living along the eastern edges of the Gulf of Bothnia. Their first language remains Swedish.) And, of course, everyone wished everyone a hearty “God Jul!” (“Merry Christmas”) at every possible moment.

I was lucky enough to be living in Paris that year, so it had seemed only natural to spend Christmas and New Year’s revisiting my ancestral roots. It was wonderful. Sparkling snow covered the fields and country roads of the coastal farming village that had anchored my grandmother’s side of the family for countless generations.

On Christmas Eve, we gathered for the traditional feast at the red, wood-frame home of Moster Signe, my great aunt. There are pictures of my mother as a young girl playing in the snow outside the same house more than 60 years earlier. The Jultomten did not forget us, arriving just as dinner concluded. With his red coat, elfish hat and white beard, he sent the youngsters into paroxysms of excitement, as he handed out presents.

The next night, as we headed out along the rural, snow-packed road to my cousin’s house, the skies suddenly erupted into the most magnificent display of Northern Lights I have ever seen. They seemed to pour from the heavens in a stunning array of kaleidoscopic reds, greens and whites that took our breath away. They moved, they danced, they shimmered against the pitch blackness of the starless sky. Like most Canadians, I had witnessed the Northern Lights, but nothing like this, nothing like the way they seemed to be raining directly down upon us. We felt humbled, insignificant. I am a non-believer, but at that moment, it really did feel like God, or something supernatural, was speaking to us, as we stood, silent and alone amid the surrounding fields and forests.

Like most Canadians, I had witnessed the Northern Lights, but nothing like this, nothing like the way they seemed to be raining directly down upon us. We felt humbled, insignificant. I am a non-believer, but at that moment, it really did feel like God….

There were also visits to those members of my grandfather’s side of the family who had migrated to nearby city of Vasa from their native Sideby, a fishing and farming village further south. Each was accompanied by serving after serving of pepparkakor (gingerbread cookies) and cardamom-flavoured mamas bröd, washed down with endless cups of kaffe – anything to fill the pauses when my Swedish wasn’t up to the conversation. “Varsågod!” (“Welcome to eat and drink…”) echoes still. 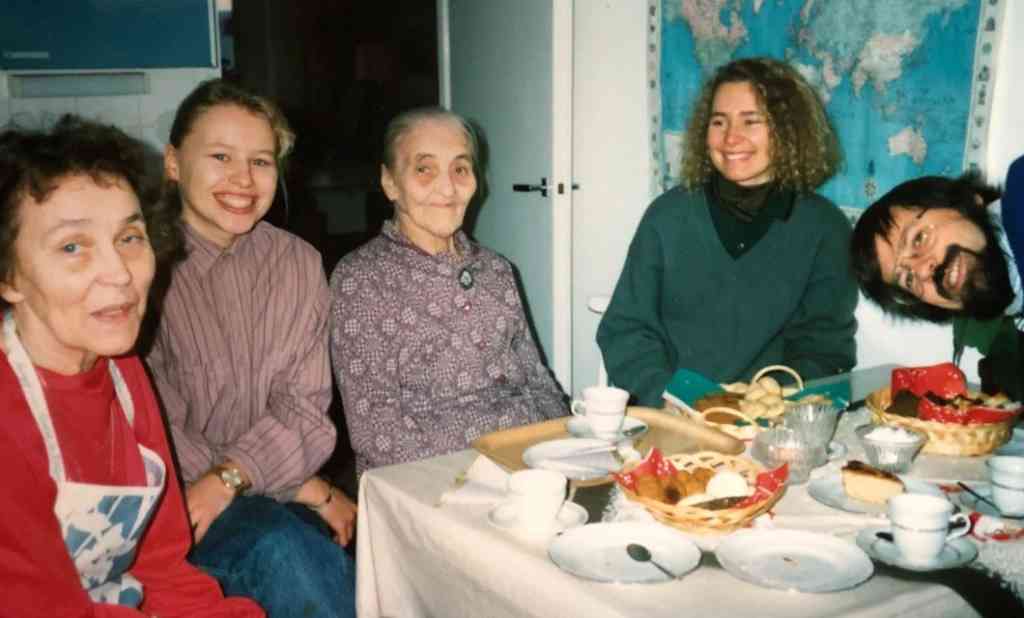 How’s your herring?: Rod Mickleburgh, far right, finding his Scandinavian roots. (Foster Mia, my great aunt on my grandfather’s side, 3rd from left. That’s me on the right, clowning around to avoid speaking Swedish…)

On the last day of December, drowning in coffee and stuffed with goodies, it was time to travel back to Helsinki — or Helsingfors, as we Swedes call it — for the grand finale of the 1980s. It was unforgettable, though not in the way we expected. Arriving from Vasa by snail train at the city’s magnificent railway station, we eventually made our way to the heart of Helsinki’s historic Senate Square for the anticipated New Year’s Eve festivities.

But my god, it was cold, one of those bone-chilling, deep freezes that go right through you, no matter how warmly you dress. We took refuge in the massive Cathedral looking out over the Square, at the top of a long flight of steps. No pew was ever more comfortable. Alas, with the clock ticking ever closer towards midnight, we forced our shivering selves to re-join the throngs of revelers waiting for the big moment. Many had clearly been fortifying themselves against the chill by consuming large amounts of alcohol.

At the stroke of twelve, Mayor Raimo Ilaskivi (thank you, Google) stepped before a mike at the top of the Cathedral stairs and proclaimed the New Year, with a few added homilies. He could barely be heard over the din of loud, jumbo firecrackers being set off everywhere in the crowd. A thick pall of smoke from the many firecrackers quickly drifted upwards, virtually obscuring the mayor, who beat a hasty retreat.

With all the explosions and smoke, the scene might have come from a war movie. Firecrackers set off on streets or back alleys at Halloween are one thing. Large, cannonading firecrackers lit by well-oiled celebrants in the middle of crowds of people is quite another. It was frightening. A small band played something or other, before they, too, disappeared. And that was that. Hyvää Uutta Vuotta! Gott Nytt År! Happy New Year!

Firecrackers set off on streets or back alleys at Halloween are one thing. Large, cannonading firecrackers lit by well-oiled celebrants in the middle of crowds of people is quite another. It was frightening.

Our valour vanished with Mayor Ilaskivi and the 1980s. We opted for good old Canadian discretion over good old firecracker mayhem and made our way back through the frigid Finnish streets to the peace and quiet of my cousin’s apartment.

The first morning of 1990 dawned bright and beautiful, without a cloud in the sky. There was little evidence of the previous night’s boisterous partying, except for empty vodka bottles littering the streets. That afternoon, we took in the showdown match between Canada and the Soviet Union in the World Junior hockey tournament held that year in Finland. Marvelously, the young Canadians stormed back from a 3-0 deficit to topple the mighty Russkies, who were led by future Canucks superstar Pavel Bure. 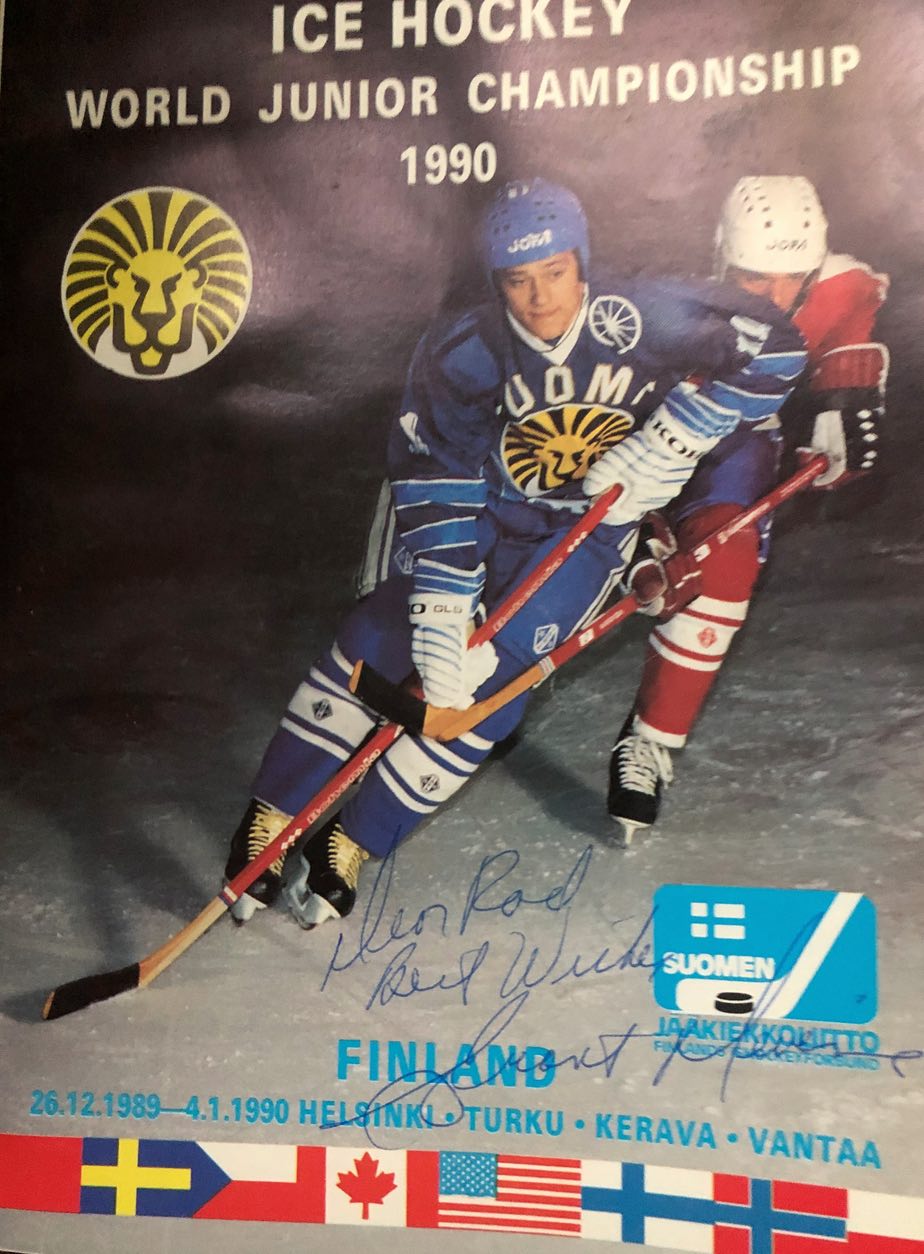 It was an auspicious way to mark the end of the 1980s and my time in Finland, and begin to contemplate the decade that lay ahead. I had no idea they would be life-changing – hired by the Globe and Mail, co-winner of a Michener Award, marriage and four years as the Globe’s China correspondent in Beijing. But perhaps, looking down from somewhere, my ancestors saw it coming all along.

Three decades later, as I fade further into retirement, I have a fingers-crossed wish for the next 10 years, despite their rocky start: may the 2020s be just as roaring as the storied 1920s. They might even prompt me to return to Paris and resume my search for the ghost of Hemingway. 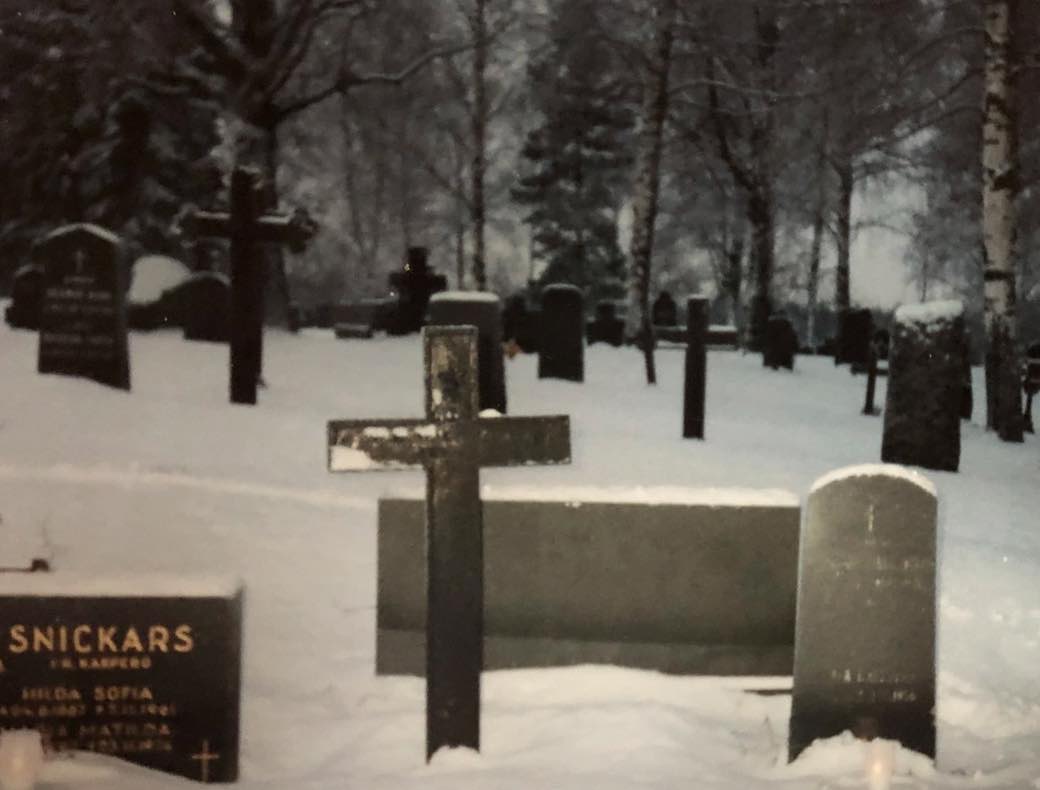 No Replies to "Frozen memories of Finland warm a chilled soul"