The late Italian director Franco Zeffirelli did more than inspire a generation of high school students to see their own truth in Shakespeare, he gave a veteran English teacher a good reason to blow his musical Hoehner — and, in turn, blow your mind. 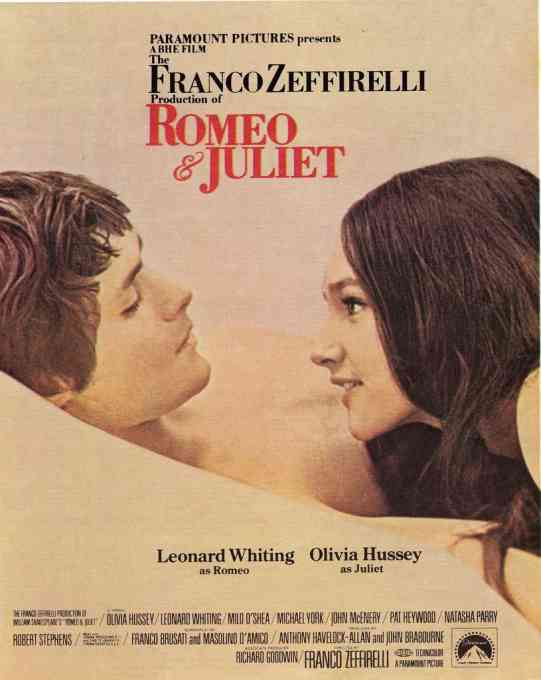 Romeo and Juliet the way they should be: young.

Yes, he was a supporter of the odious Silvio “Bunga Bunga” Berlusconi. And yes, he was a conservative Roman Catholic who stuck with most tenets of the faith, including staunch opposition to abortion and agreeing that his own homosexuality was “sinful” in the eyes of the church. But Franco Zeffirelli, who died recently at the age of 96, will always have a place in my heart for his movie masterpiece, Romeo and Juliet. Not just for the film, itself, but for the memories it brings back of my lovely Uncle Ed.

The film showed up in 1968, a year after the Summer of Love, still in the midst of the earth-shaking “Sixties.” Romeo and Juliet fit right in. Although I was one of those precocious pseuds who really liked Shakespeare in high school (thank you, English teachers!), the Richard III and Othello movies we were taken to hardly stirred the soul. Laurence Olivier emoting away was fine, but not for high school students.

Laurence Olivier emoting away was fine, but not for high school students….Romeo and Juliet was so different. This was a Shakespeare film that was made for us.

Romeo and Juliet was so different. This was a Shakespeare film that was made for us. Zeffirelli had the genius to realize that the tragedy of Romeo and Juliet made little sense with adults cast in the title roles. Falling madly in love at a single glance, spending just a single night together and then killing yourself, as the Friar’s clever ruse turns tragic. What adults would end it all over such a brief, albeit passionate, romance? Ah, but teenagers might. When they love, they tend to commit with all their heart, unable to imagine a life without the other.

According to the play, itself, Juliet was on the verge of turning 14. Romeo, while older, is clearly still in his teens, given the way the Capulet and Montague gangs insult each other and cavort with the foolhardy braggadocio of adolescence. Yet Olivier was 33 when he played Romeo on Broadway against his new wife Vivien Leigh as Juliet. Ralph Richardson was also 33, and John Gielgud was 31, when they donned Romeo’s tights and codpiece on stage. Zeffirelli cast 15-year old Olivia Hussey and Leonard Whiting, 17, as his Juliet and Romeo. It’s their youth that makes this the most human of all Shakespeare’s great tragedies. Lives cut short for love, purest of all emotions, and their happiness done in by the petty hatreds of adults.

No wonder high school English teachers embraced it as manna from heaven, a boon to interesting their restless students in Shakespeare, most of whom wouldn’t know a “forsooth” from an “anon,” or care. Yes, the brief nudity, especially of Olivia Hussey who was not yet of age and would probably not be countenanced today, was a challenge. But most found ways to deal with it (“Don’t tell the parents…”). 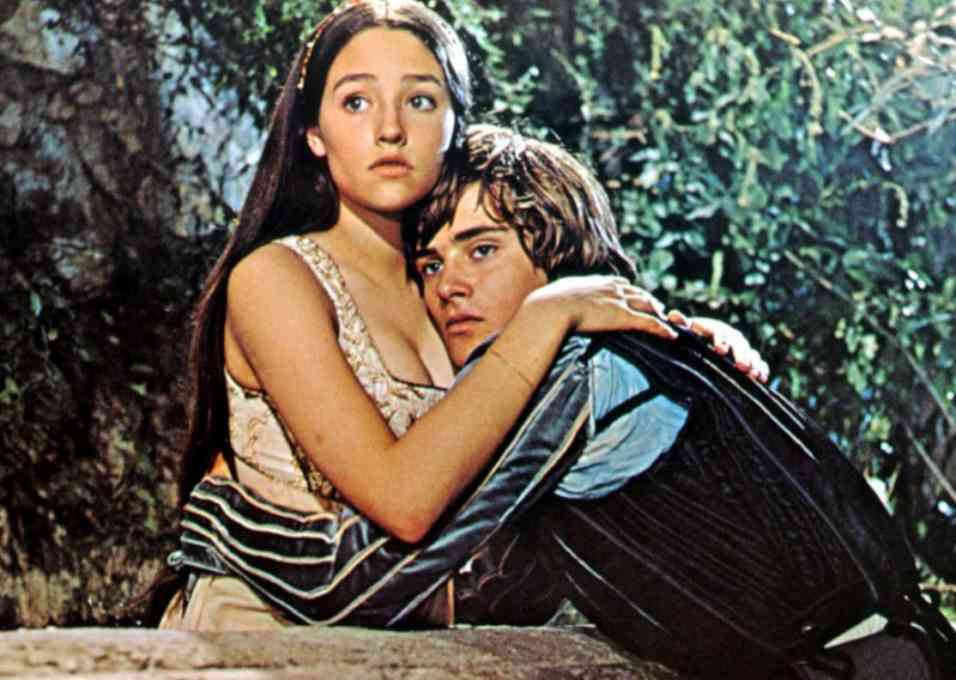 Hussey and Whiting on the balcony — doing what lovers do.

Which brings me to my Uncle Ed, or, as he was known to his hundreds of Burnaby high school English students over the years, “Mr. Nelson.” He loved Shakespeare with a passion, and in particular, he loved Romeo and Juliet. Buttressed by his natural good humour, he brought it to life for his students, encouraging them to step up and act out the roles. It was said, with Mr. Nelson as their guide, they even looked forward to Shakespeare in the classroom. Gadzooks.

So he was enchanted when Zeffirelli’s Romeo and Juliet surfaced on the big screen. And, because he had moved from teaching to administration a year or two before, he didn’t have to grapple with that nudity thing. He could simply relish a movie starring kids the same age as those he had taught. Sumptuous costumes, exquisite locations and beautifully shot. Plus, of course, the music. Nino Rota’s memorable score transported us back to the world of Renaissance Italy where the play takes place. The theme from Romeo and Juliet is still renowned as one of the most well known, romantic pieces in cinematic history.

To complete the circle, Uncle Ed was also a virtuoso harmonica player. Without being able to read a note of music, he could play virtually every tune he took a mind to, and play it well. He was so good that one year he was asked by the Hohner harmonica people to teach a summer course at Oxford University (yes, that Oxford) on the humble instrument.

To complete the circle, Uncle Ed was also a virtuoso harmonica player…. He was so good that one year he was asked by the Hohner harmonica people to teach a summer course at Oxford University (yes, that Oxford) on the humble instrument.

The theme from Romeo and Juliet became his show-stopper. It was not the truncated version that runs through the movie, but the full instrumental “Monty” of O What a Youth, sung so affectingly at the Capulet festivities, as Romeo and Juliet first cast eyes on each other. It incorporates the familiar theme, with lyrics, then a snappy, brisk bridge in the middle, and back to the theme. 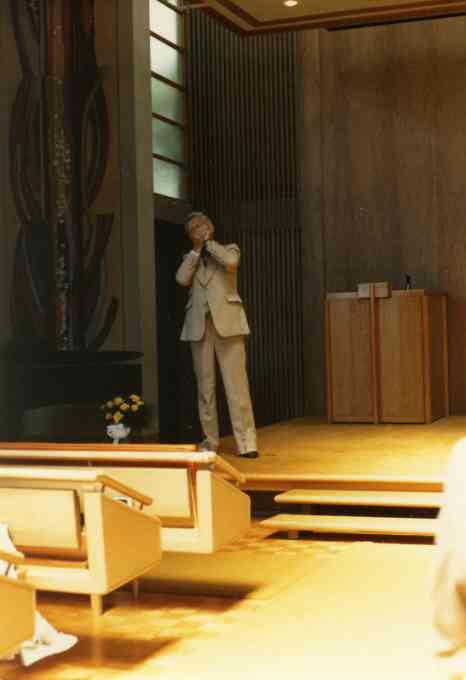 (Playing The Theme from Romeo and Juliet at his son Jim’s wedding ceremony.)

The first time I heard him play it, I was transfixed. I couldn’t quite grasp that such beautiful music was emerging from my uncle’s humble harmonica. No matter how boisterous the family gathering, and they were loud, believe me, when Uncle Ed decided to do Romeo and Juliet, there was always absolute silence.

All these years later, I still cannot think of Zeffirelli and Romeo and Juliet without a teary look back on those magical moments, when my Uncle Ed would step forward and mesmerize us with the party trick to end all party tricks.

No Replies to "Uncle Ed Nelson's harmonica and the Zeffirelli-sphere"