Winnipeg General Strike ends in defeat, but carves a winning notch for unions

Though workers returned to work on June 26, 1919 without gaining the right to collective bargaining and fair wages, the 41-day walkout defined the future landscape of Canadian labour relations.

This is Part Three of Rod Mickleburgh’s three part series on the momentous Winnipeg General Strike that unfolded 100 years ago, striking terror into the hearts of the ruling class. It covers the astounding wave of spontaneous strikes by Canadian workers near and far for the 30,000 striking workers in Winnipeg who began their strike on May 15, 1919. Click appropriately if you’d like to catch up on Parts One and Two.

On June 25, 100 years ago, the remarkable Winnipeg General Strike came to an end. For 41 days, more than 30,000 workers had stayed off the job, unwavering in their support for free collective bargaining and better wages to combat sky high inflation. They had stood defiant against unrelenting pressure from all three levels of government, the media and an hysterical so-called citizens’ committee convinced they were combatting a Bolshevik-style revolution.

But after the arrest of their leaders, the banning of their strike newspaper, the authorities’ violent crackdown on “Bloody Saturday” that left two strikers dead and the military and armed citizen vigilantes in control of the streets, there was no way forward.

But after the arrest of their leaders, the banning of their strike newspaper, the authorities’ violent crackdown on “Bloody Saturday” that left two strikers dead and the military and armed citizen vigilantes in control of the streets, there was no way forward…. And on Thursday, June 26, the workers of Winnipeg… went back to their regular jobs.

Remaining members of the strike committee issued a call for a return to work, its demands unmet. Like all previous instructions, it was obeyed to the letter, and on Thursday, June 26, the workers of Winnipeg, except those who had not been fired (police, firefighters and postal employees), went back to their regular jobs.

The aftermath of the momentous struggle, however, was anything but immaterial. Indeed, a century later, its legacy continues.

One thing right off the bat. A Royal Commission into the causes of the strike concluded that it was motivated by onerous post-war conditions, including the high cost of living, inadequate wages and profiteering, with workers having no right to improve their lot through collective bargaining. The Commission, headed by Judge H.A. Robson, was clear: there was no evidence of the consistent claim by authorities and anti-strike businessmen throughout the strike that it was led by foreigners and/or Bolsheviks out to install a Soviet-type government. Fancy that…

Nonetheless, six strike leaders were convicted of “seditious conspiracy” to overthrow the government. Five were sentenced to a year in jail. One of them was Vancouver’s William Pritchard (incidentally, the grandfather of former BC NDP cabinet minster Bob Williams), who was nabbed by police in Calgary on his way home after spending just two weeks in Winnipeg. Fervent One Big Union proponent and prominent strike leader Bob Russell was tried separately and decked with a two year sentence.

…Six strike leaders were convicted of “seditious conspiracy” to overthrow the government. Five were sentenced to a year in jail. One of them was Vancouver’s William Pritchard (incidentally, the grandfather of former BC NDP cabinet minster Bob Williams), who was nabbed by police in Calgary on his way home after spending just two weeks in Winnipeg.

While many analysts consider the Winnipeg General Strike a failure since none of its goals were achieved, few unions in the West thought so at the time. In Winnipeg, workers returned to their jobs with heads high, knowing they had not been done in by any lack of resolve or solidarity, but by the forces of repression arrayed against them. And the quasi-revolutionary One Big Union was now in full swing. Far from disheartened, industrial workers throughout the West flocked to join the OBU. By the end of the year, the organization had anywhere from 40,000 to 70,000 members. Surely, the next general strike was just around the corner.

It was not to be. Little more than a year later, the OBU had flamed out, decimated by internal divisions and harsh attacks by employers and governments petrified by its overt advocacy of socialism. The Winnipeg General Strike and the OBU’s brief run turned out to be the last gasp of truly radical trade unionism in Canada.

It took another 25 years – nine years after the landmark Wagner Act in the United States — before Canadian governments finally passed laws recognizing collective bargaining and forcing employers to bargain with unions chosen by their workers.

The Winnipeg General Strike and the OBU’s brief run turned out to be the last gasp of truly radical trade unionism in Canada.

Still, the Winnipeg General Strike remains a watershed event. The strike and the OBU which inspired it paved the way for the great industrial organizing drives of the 1940s. But its more lasting impact took place and remains today in the country’s political landscape.

For all the fiery talk about socialism, revolution and changing the system through industrial action, the Winnipeg General Strike demonstrated that none of this was possible against a foe that had all the power and was not shy about using it.

The lesson was quickly learned. On the very day strikers went back to work, Frederick Dixon, a pro-union member of the provincial legislature, proclaimed the new message in a quickie strike newspaper cobbled together to replace the banned Western Labour News. “Labour was not prepared for the long and bitter struggle which was forced upon her by the bosses six weeks ago,” Dixon wrote. “Now get ready for the next fight…the next fight will be in the political field….Never say die. Carry on.” Dixon was subsequently charged with seditious libel for his writings during those final days of the strike, then acquitted after a brilliant courtroom defense. But his message of moving the fight to the political arena was taken to heart.

In the Winnipeg civic election that November, pro-labour candidates won half the seats on city council. In the 1920 provincial election, the new Manitoba Independent Labour Party, formed in response to the Winnipeg General Strike, took 11 of the 17 seats it contested. Three of those elected were strike leaders still incarcerated in Stony Mountain Penitentiary. One of them, John Queen, went on to serve seven terms as a progressive mayor of Winnipeg. Solid sections of the city, particularly its legendary North End, retained a working class consciousness arising from the Winnipeg General Strike for years and years.

However, the most lasting political fallout from the strike took place in federal politics. J.S. Woodsworth, who was also arrested for seditious libel – the charge was dropped after Dixon’s acquittal – ran as a labour candidate in Winnipeg Centre in the 1921 federal election. A Methodist minister consumed by social activism on behalf of workers and the poor, Woodsworth cruised to victory by more than 3,700 votes. He held the seat until his death 21 years later. 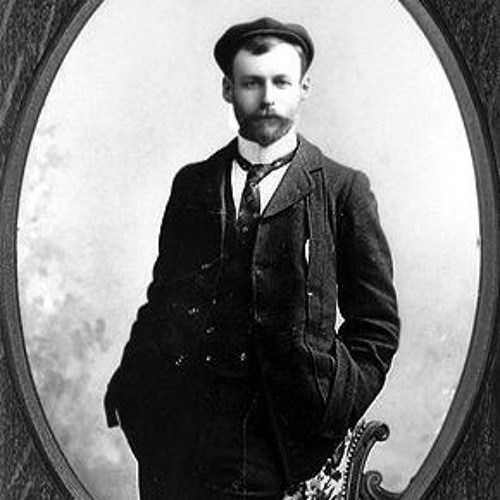 In 1925, Woodsworth was joined in the House of Commons by another high-profile participant in the Winnipeg General Strike, Abraham Heaps, elected in Winnipeg North. Together, the two pro-labour socialists took advantage of a minority government to ensure enactment of Canada’s first Old Age Pension Act.

Even more importantly, in 1932, during the teeth of the Depression, Woodsworth co-founded Canada’s first broad-based socialist party, the Cooperative Commonwealth Federation, serving as its leader for the next 10 years.

Many participants in the Winnipeg General Strike and former leaders of the OBU were also prominent in the early CCF, which has had a significant impact on Canadian politics ever since.

The party, and its successor the NDP, have formed governments in all four western provinces, plus Nova Scotia. As such, it has had a profound influence on social programs in Canada, ushering in socialized medicine in Saskatchewan, public auto insurance in Saskatchewan, Manitoba and British Columbia, and in BC, the preservation of all provincial farmland under an Agricultural Land Reserve, plus a raft of other progressive measures, including many that leveled the playing field for workers and unions.

Would any of this have happened without the Winnipeg General Strike? Of course, we will never know for certain, but it is certainly arguable that the founding of the CCF was a direct result of the strike and labour’s growing awareness of the need for political involvement. It was hardly a coincidence that a number of the strike leaders, particularly Woodsworth, were among the pioneers of the CCF. And for that, even if only for medicare, I think all Canadians should be grateful.

A final postscript. Bob Russell was the most ardent of all the OBU firebrands. For that, he was punished with double the time behind bars that other strike leaders received. In 1967, Manitoba named the R.B. Russell Vocational High School after him. History is a funny business. 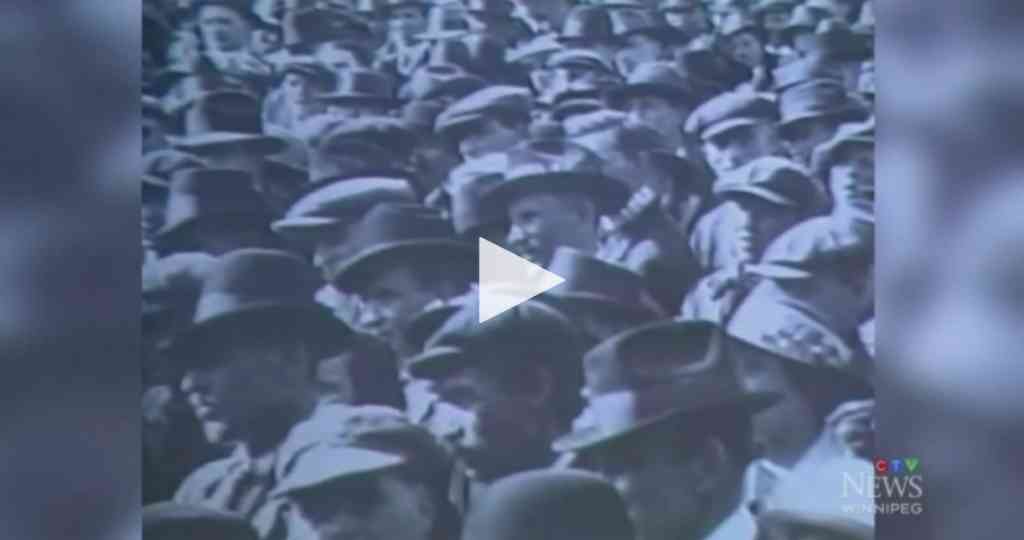 For more Micklebugh, check out the Ex-Press archives or visit Mickleblog.com.

No Replies to "Winnipeg General Strike ends in defeat, but carves a winning notch for unions"