VANCOUVER — Stephen Campanelli knows exactly what it feels like to stare down the barrel and see the chiselled outline of Clint Eastwood’s features. The veteran camera operator has worked alongside the legendary cowboy, tough guy and laureled film director for the past 23 years, shooting Bridges of Madison County to Gran Torino. “I’ve definitely learned a few things,” says Campanelli. “I’ve also missed a few things.”

Though born and raised in Montreal, not so far from the Mohawk Nation, Campanelli says the tragic issue of residential schools never pierced his sphere of consciousness until someone handed him a script for Indian Horse, Richard Wagamese’s 2013 novel about a First Nations hockey prodigy growing up in northern Ontario. 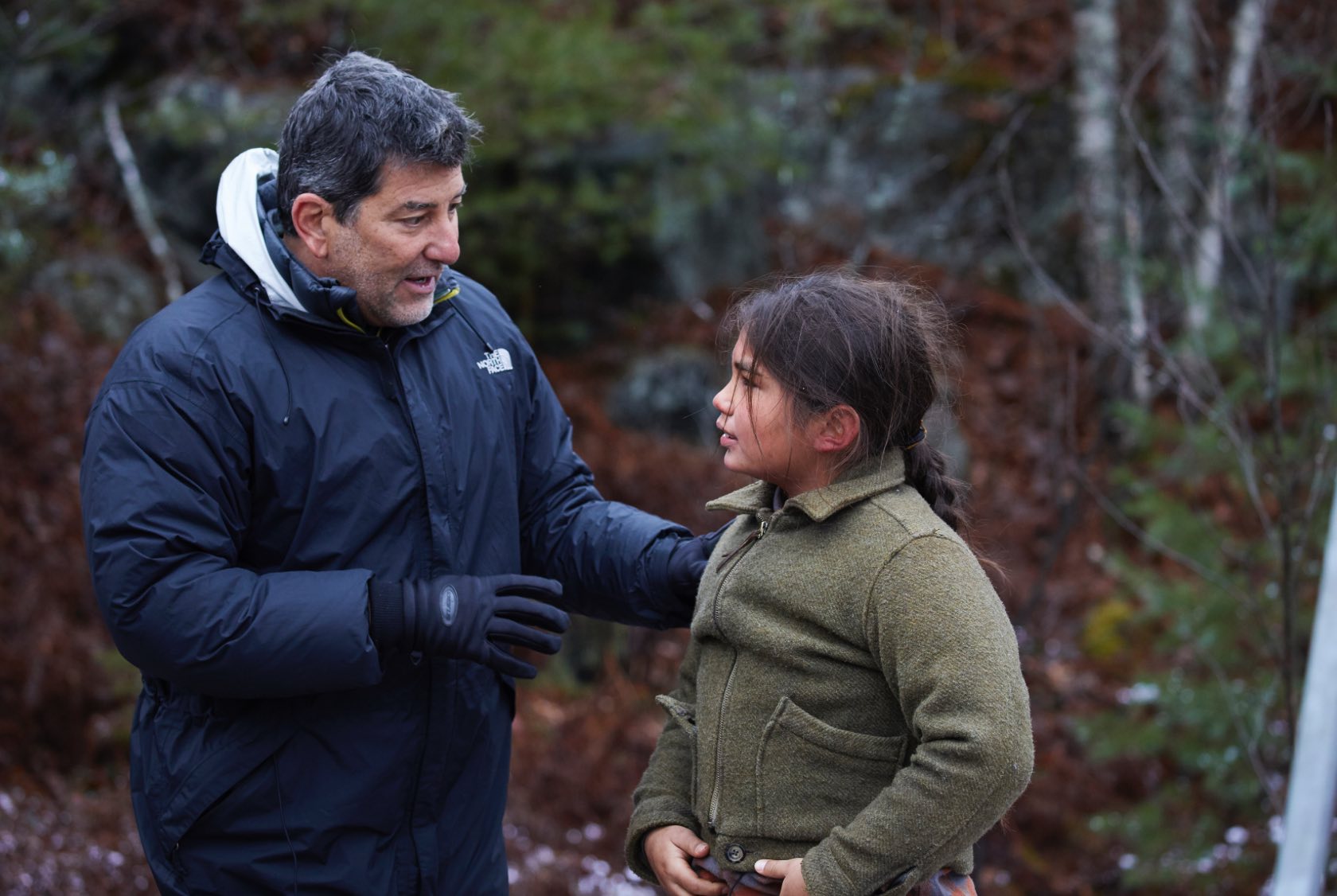 Natural talent: Richard Campanelli directs Sladen Peltier as young Saul Indian Horse. The director said the first-time actor was an inspiration for everyone on set.

“When I read the book, I realized we needed to tell the story. No one had done it before. Teachers weren’t teaching it. Government wasn’t talking about. I heard Indian Horse is now required reading…. but it was new to me,” says Campanelli.

“And to put it mildly, it changed my life.”

Campanelli describes his last two decades as a beautiful voyage alongside a master director in Eastwood. Earning an all-star reputation for his ability to operate a Steadicam in additional to a traditional rig, Campanelli is credited with changing the way Steadicams were used as A-cams, making them more of a narrative tool than a visual gimmick. “It’s kind of funny, but now that I direct, I don’t use Steadicams much at all.”

Making his debut as a director with the action-thriller Momentum in 2015, Campanelli says he was looking for his next project when someone handed him Dennis Foon’s script for Indian Horse. “I didn’t read it for days. Then I finally read it. If I had missed it I would have killed myself,” says Campanelli, who recently moved back to Canada and now makes his base in Vancouver.

“I read the book and script one after the other and then wrote this impassioned email about why I was the guy to direct Indian Horse. I was angered and shocked and ashamed. How did I not know this? I felt it was something I had to do, whether I am Indigenous or not, it’s a human story. And a story that had to be told.”

Campanelli says even though he grew up a short distance from Kanahwake in Montreal, and lived and worked north of the border for years before heading down to the States for his “University of Eastwood,” the Indigenous experience wasn’t something he learned about in his Jesuit school.

“I didn’t get any of this at Loyola. So one of my main goals in doing this film is to educate people like me, as well as telling Richard’s story as truly as I can. The beauty of it was Richard was still alive when I started on this journey. He was very collaborative. He knew what it meant to me. I knew what it meant to him. It was a great relationship.”

“I read the book and script one after the other and then wrote this impassioned email about why I was the guy to direct Indian Horse. I was angered and shocked and ashamed. How did I not know this? I felt it was something I had to do, whether I am Indigenous or not, it’s a human story. And a story that had to be told.”

Wagamese, novelist, journalist and storyteller passed away March 10, 2017. Campanelli says it’s a source of sadness the writer never got a chance to see the film brought to completion, but he takes some comfort in the idea the stories will never die. The characters will continue to exist.

Actors Sladen Peltier, Forrest Goodluck and AJ Kapashesit were tasked with turning Saul Indian Horse into flesh and blood. The youngest, Peltier, had never acted before. “But he was an amazing hockey player. He was so good, he had to learn to shoot right to match the older doubles,” says Campanelli. “But he did it in a few weeks. I was so fortunate. The talent was incredible.”

Goodluck and Kapashesit didn’t have the hockey skills, but they brought everything they had to the table and deliver performances that pull people out of their chairs for standing ovations at festival screenings.

“For me, it’s a story that was already close. The character is Ojibwe and goes through residential schools,” says Kapashesit. “I’m Ojibwe and Cree, so I know a lot of people who have dealt with this first-hand. It’s been a part of my family experience. But one of the things that was exciting for me as an actor was that it’s a Native story. A story that hasn’t been told before, so it was exciting to be a part of that, and to work with Forrest and Sladen and be a part of this great community. This is the story of our people. And when we show it to Indigenous audiences, they’re excited by it, too, because it’s their uncle’s or father’s or mother’s story up there on the big screen… And it looks like a Hollywood movie.”

The big-budget look and texture of the film are a testament to Campanelli’s years with Eastwood and his innate ability to figure out lighting, framing and camera placement — as well as performance.

“When you’re behind the camera all the time, the actors depend on you to sort of have their backs. They have to feel comfortable, and I think that’s where my skills are as a director, really: I like working with actors and making sure they are comfortable. Clint always said get the right people for the job and you don’t have to worry about the rest. Well, we got all the right people for the job.”

Goodluck says even without a direct connection to the deeper stories of residential school abuse, he could put himself in Saul’s teenage shoes by looking at the beaming optimism of young Peltier, and coating it in a hard shell. 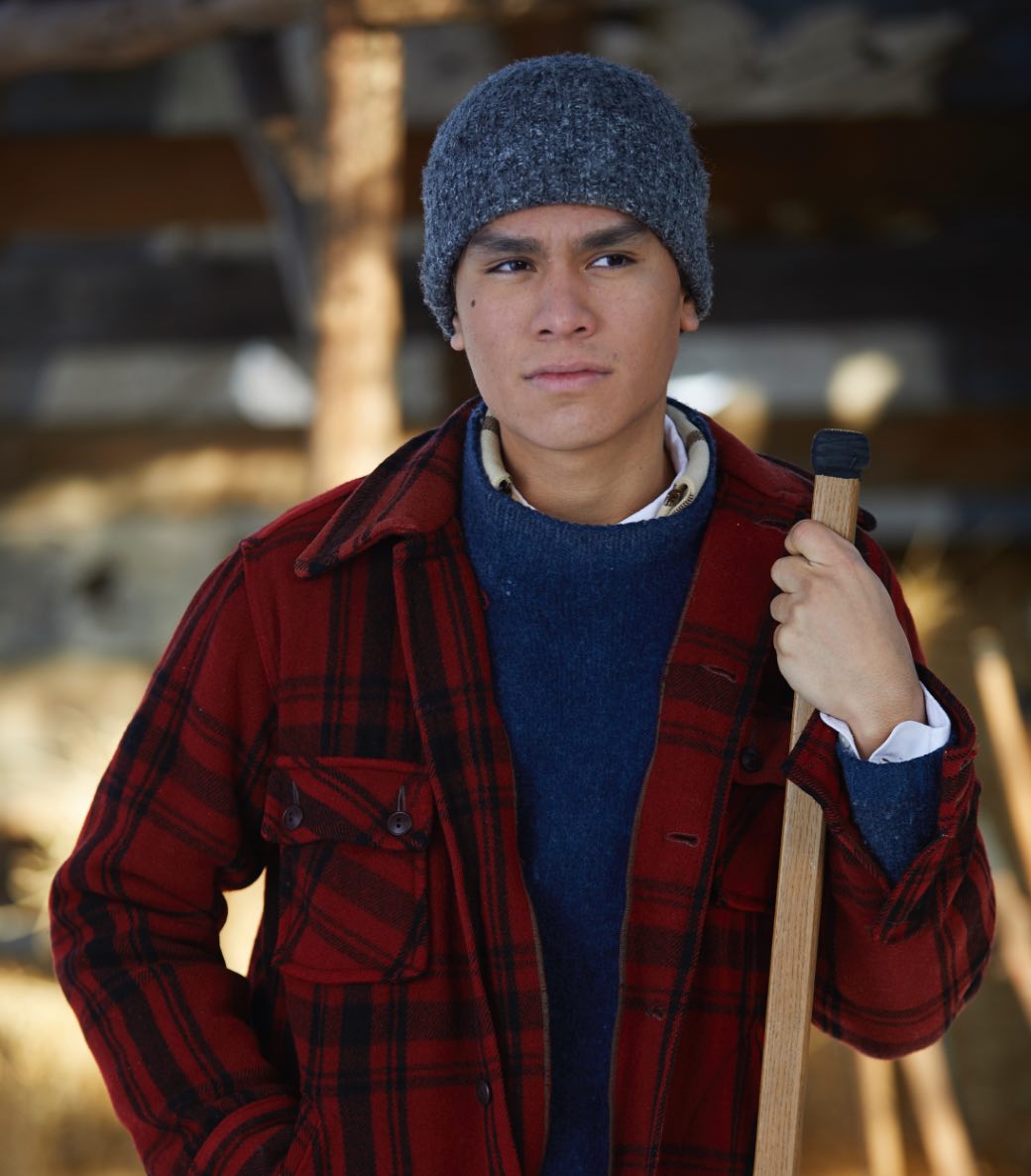 “I had to read accounts of abuse of that magnitude. I read the book several times over. But to really get in Saul’s head, I read this little 100-page book called On Being Raped. It was about someone who had been raped by someone he weirdly loved, and Saul loved his abuser in a weird way, too,” says Goodluck.

“When you are portraying someone like that, and when you are in the moment, you can feel a deep connection. You can feel what he is feeling, but when you take a step back and see the macro, you end up with more questions than answers. And it all starts to feel very real.”

“When you are portraying someone like that, and when you are in the moment, you can feel a deep connection. You can feel what he is feeling, but when you take a step back and see the macro, you end up with more questions than answers. And it all starts to feel very real.”

All three Sauls said they found a bond through the shared experience. Goodluck and Kapashesit say they even showed up for little Sladen for every scene, for moral support. “We all did. We’d show up for each other on the day — even though we’re never in scenes together,” says Kapashesit. “We all connected. We all felt we were doing something very important, and that’s what we focused on.”

It didn’t matter that Campanelli was of European descent or that the production was financed with the help of a colonial government. “The movie has a lot of Indigenous faces in it. And to have Stephen’s lens on those faces, with all of his experience, lifts the whole endeavour to a different level,” says Kapashesit.

“I think getting that level of talent involved in telling this story is important to the story itself. It feels like a big movie. And there’s no more powerful way than that to get your story across because the camera is an x-ray,” says Goodluck. “Having a ton of Indian people tell their truth in front of a camera is what makes this story unique.”

No Replies to "Stephen Campanelli: The Indian Horse Whisperer"