The first-time feature director went back to the family cabin in northern B.C. — and deep into the wilderness of mother-child dynamics — in Never Steady, Never Still 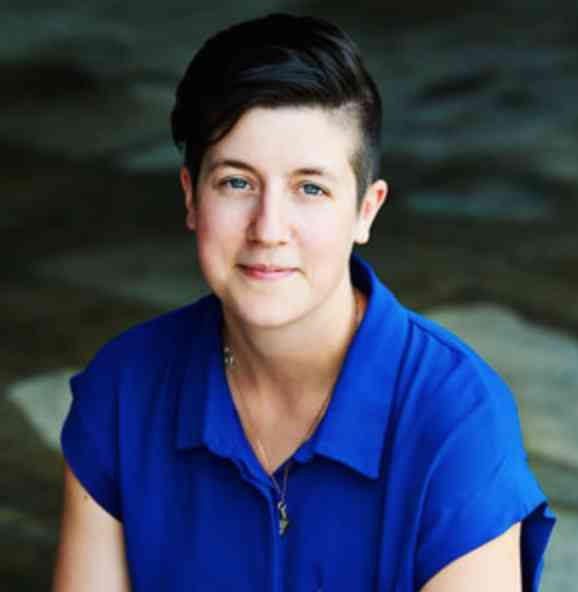 VANCOUVER — When the biggest trade magazine in show business gives your debut feature a thoughtful rave, you’d have every reason to be a little chuffed. Yet nowhere in Kathleen Hepburn’s steady voice is there a hint of conceit, let alone a boastful tone about garnering eight Canadian Screen Award nominations, a handful of critics’ awards and a round of Variety Magazine applause for her first feature, Never Steady, Never Still.

Now open in Vancouver and Toronto with other markets to be added later, Never Steady, Never Still is what Hepburn describes as a “very personal” story that digs at the roots of parent-child dynamics. English veteran Shirley Henderson plays Judy, wife to Ed (Nicholas Campbell) and mother to Jamie (Théodore Pellerin), a young man who gets a job on an oil rig, but remains adrift on the sea of personal identity.

At first glance, it sounds like the stuff of a standard coming-of-age movie. Yet, Never Steady, Never Still goes a little bit further into the wilderness. Judy has Parkinson’s, and not long into the running time, she suffers an incredible loss.

“My Mom was diagnosed when I was about nine years old. So she’s had Parkinson’s for about 25 years now. So I think it’s been a huge part of my life for a really long time, but it’s not something that, as I was growing up, I would be aware of on a day-to-day basis. It was kind of normal for my mom to have this disease. I think in making this film, I wanted to explore what the long-term effect had been on our relationship, and how it sort of manifested in my own experience of the world.”

Hepburn says she also wanted to explore what it felt like to be her mother. “I wanted to know how the world perceived her, and how she felt sort of unseen by people in so many ways, even people that she loved.”

The whole journey from page to screen took five years, beginning at Guelph, where Hepburn completed her Masters in Creative Writing, with her script for Never Steady, Never Still being the central course work. From there, she worked at camera rental houses, polished other people’s scripts and continued working on Never Steady. She says it wasn’t an easy sell out of the box.

“It was really hard to get people to read it when I first started sending the script around. But I am bad at that kind of thing anyway, to pitch something in a way that feels appealing. So I got a lot of people saying that sounds dark or that sounds interesting.”

No one was really biting until Lauren Davis at Telefilm’s western office took the project under her wing. “We had Harold Greenberg [Fund] on board, and their notes were very loose and they didn’t try to impose any rules on the story. But once Lauren got involved I was surprised how much support we got. Once we were through the first door, everything came together quite easily.”

“It was really hard to get people to read it when I first started sending the script around. But I am bad at that kind of thing anyway, to pitch something in a way that feels appealing. So I got a lot of people saying that sounds dark or that sounds interesting.”

“I’ve been through the process once now… but I was purposefully naive about things like marketing and audience while I was making Never Steady, Never Still.”

Hepburn says her main concern when the camera was rolling was patience. “I knew we had an incredible cast and I knew they needed the quiet to perform. I focused on them and making sure I was directing them, and working with them, in a way that would help them get where they needed to go.”

Beyond that, she had to tell herself she was the right person, the only person, for the job. “I think because it was such a personal story, no one could tell the story but me. So I really had to trust that I knew what I was looking for, and I knew what I thought. I don’t think there was a conscious change [in my empowerment], I just really trusted that I knew the story intimately and I knew the place intimately. Also, I just wanted to not be sort of full of this anxiety, so I literally set that aside.”

Learning to trust your own judgment was one of the biggest lessons Hepburn says she will carry forward, but another was remaining open to the moment.

“I feel like every project is so different, you can never know exactly what you’re doing. And I think I’m kind of okay with that. It’s just more of what I learned with Never Steady and doing things the way I want to do them, and having confidence in my own choices: There is no right way of doing things,” she says.

With Never Steady, Never Still, Hepburn says the two leads were entirely different in terms of training. Henderson (Trainspotting, 24 Hour Party People, Bridget Jones’s Baby) is a classically trained veteran. Théodore Pellerin is not. The young actor only has a handful of credits, but his commitment to every scene is complete.

“Shirley does the work in her head. All the preparation is there. Theodore works in a much more instinctual way. So the conversations were very different… we didn’t even read through the script together. We just talked about the character and we talked about his emotions and what he was going through, but he needed to have things happen in the take. It had to be in the moment. That was the way he worked, and he did well with that. So, I think adjusting to different actors was something else I figured out.”

The biggest challenge on the actual shoot was something Hepburn had no control over: The weather. Shot on location in norther B.C. around Fort St. James and Stewart Lake, the temperatures were often frigid, and the remote location offered little in the way of creature comforts.

“There was no running water. No flush toilets. The winter scenes were particularly tough. But that gave us an extreme focus on the work. There was nothing else to do.”

Hepburn’s mother grew up in that landscape, and it’s why she felt the need to return to some well-rooted soil. “Our family has a little cabin up there. It’s a special place for me. It also helps me understand my Mom. It made her an independent soul. She knows how to fish and ski and build a fire. All that’s normal up there, because it’s such a huge part of living day to day,” she says.

“Also, it’s much quieter. A quieter way of living. People don’t say a lot. But there’s a lot of tenderness for each other, because you have to get by without the outside world. I’ve always admired her, and her family for that.”

Hepburn’s respect and admiration come through in every delicate shade of the work, and every long take featuring people in odd harmony with the churning elements. The next project will be much different, she says.

“Also, it’s much quieter. A quieter way of living. People don’t say a lot. But there’s a lot of tenderness for each other, because you have to get by without the outside world. I’ve always admired her, and her family for that.”

“It’s a real-time story about two indigenous women who have a chance encounter on the East Side, and what these two women do in the next two hours from the time they meet. It’s simple. The structure, at any rate. We’re trying to do it in real time with 70 per cent of the film completed in one take. And we’re still debating if we’re shooting on film. So everything could change. But the idea is to capture … one of those real life situations of when you get involved with something and you’re not really sure when you’re going to get out of it, or when you should leave the situation. It’s about being stuck in this moment and not sure where the escape is.”

At the moment, no exit necessary for Hepburn. Her ride is just beginning, and she says she feels part of something larger.

“I feel I have an individual way of making films, but I also feel that I am surrounded by a lot of very talented people my own age who are coming up and making their first features, or about to make their first features, so I do feel part of a community, part of a generation that is getting a little bit farther in their careers. It’s pretty exciting.”

Never Steady, Never Still is now open in Toronto and Vancouver. Already winner of the Vancouver Film Critics Circle awards for Best Canadian and Best BC Film, the movie will compete for eight prizes, including best feature, best actress and best director at the Canadian Screen Awards, broadcast Sunday, March 11, on CBC.

No Replies to "Kathleen Hepburn Takes a Metaphorical Skinny Dip"