Andrea Bang is currently in PyeongChang as part of CBC’s broadcast team. She’s interviewing locals about culture, so we thought we’d repost our 2016 interview with the star of Kim’s Convenience.

VANCOUVER – Andrea Bang thanks the Toronto Blue Jays. Not only did the team win the required games to advance, they pushed back the network premiere of her new show, Kim’s Convenience.

The new CBC comedy based on Ins Choi’s award-winning Fringe play airs tonight on the National Broadcaster, but it was originally slated to air last Tuesday – in the heat of the Blue Jays’ wildcard bid. The network wisely aired the ballgame instead, but Bang wasn’t depressed about the delay.

It gave her another week to mentally prepare while promos whetted the public appetite for a family comedy set in a Toronto convenience store.

“You don’t want to compete with the Toronto Blue Jays,” says Bang, sitting down for a chat on a rainy day in Vancouver.

“I know our show is in good hands. I also saw that some people love the show even more now, because we didn’t get in the way of the Jays.”

If anything, Kim’s Convenience is something of a tribute to the city of Toronto, a reflection of its multi-cultural identity as it takes us into the lives of the Kim family, lead by father-figure Appa (Paul Sun-Hyung Lee), who runs a convenience store in Toronto’s Regent Park.

According to Bang, it’s also a national broadcast first.

“Canada is a multicultural country, but it’s not often reflected on TV, so as the first sitcom with Asian leads… it feels original,” says Bang, who remembers buying a lab coat for one of her first auditions as a scientist.

“People who have seen ads or promos – people of all backgrounds, not just Korean – seem to relate to it. I think because it’s not just about where they come from, necessarily, but about their experience running a small family business. And family dynamics in general.”

Bang says no matter what your background is, families are families, and they are subject to the same universals.

“The whole Kim family is a collection of real people. These are not stereotypes. Each character has a past a present and a future.” 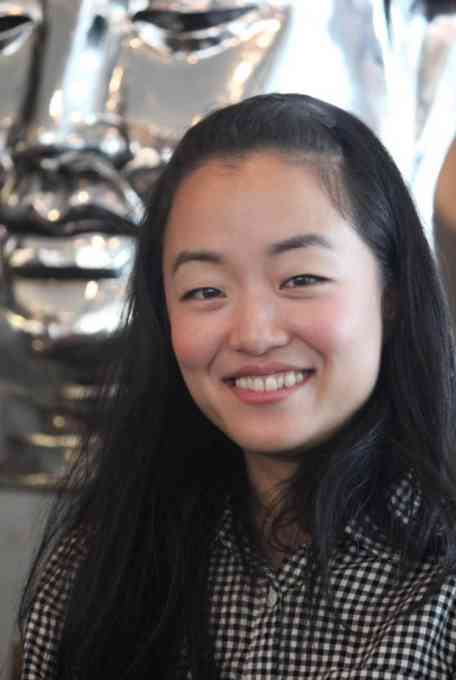 Bang plays Janet Kim, a 20-year-old woman trying to find her place in the world without alienating her parents or isolating her brother, estranged from the family unit for reasons that are not immediately revealed.

“Janet is like a version of me. But a lot cooler than I am,” says Bang.

“It’s funny, some scripts are harder to remember than others. But this one, when I got the audition sides for Janet, it immediately resonated and I remembered it – which means I could relate to it right away, whether it was on a conscious level or not,” says Bang.

“I think we’d be friends in real life, but if we ever got in a fight, she’d beat me.”

“I feel empowered when I’m playing her. I think the fact she is interested in the arts and is an art student studying photography lets me relate,” says Bang, a graduate of psychology at the University of British Columbia.

“Even the way she deals with her parents feels familiar,” she says.

“In every role, I try to incorporate different parts of myself — especially this one. Having grown up with Korean-Canadian parents and friends and family, I could draw upon my own experience – as well as the people around me.”

For Bang, the sister of fellow actress Diana Bang (The Interview), growing up in Burnaby and attending Burnaby North High School was a pretty average affair. She didn’t think about it too much – until she walked a few scenes in Janet’s shoes.

“Janet fights with her father and sticks up for herself. I’m still learning how,” says Bang. “I’m not sure why it’s hard for us [as women]. I feel it’s a bunch of things, like maybe something that was unconsciously done through society. As a woman, I think sometimes you are told not to say what you think …and as an Asian woman taught to remain silent, worrying about what people will think,” she says.

“Janet is outspoken and wants her opinions to be heard.”

Bang says she never saw the successful stage play that spawned the series, but when she read it she “laughed and cried” because it touched on the everyday struggles, and at the end of the day, it’s the common touchstones that will make or break the show’s chances at success – just as it did for another CBC groundbreaker, Little Mosque on the Prairie.

“I think we often miss how similar we are to one another.  Hollywood likes to put people in boxes – and not just based on race, but on how you look, older, younger, whatever. You are put in a box, and you tend to stay there.”

Bang says things seem to be changing. “Society seems to be moving in the right direction. But it’s taken a long time for [race and gender] to be part of the conversation. The world of mainstream entertainment seems to be opening up to people of different backgrounds for the first time. That’s exciting, and Kim’s Convenience feels like a part of that shift. I’m so grateful to be a part of it… and very excited for what’s to come.”

Photo above: Bang has been doing spots for CBC about Korean culture, you can check out her gastronomic adventure by clicking here.

No Replies to "Andrea Bang Sounds the Drum of Korean Identity"