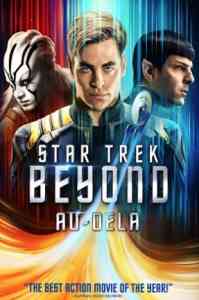 I wanted to love Star Trek Beyond as much as I enjoyed the other two reboots from mastermind J.J. Abrams, and yet, despite my ample enthusiasm for a franchise that puts friendship and humanity first, this third film starring Chris Pine as James T. Kirk and Zachary Quinto as Mr. Spock failed to make it out of the transporter room in one piece. There are many reasons why Beyond falls from a high orbit, but the most noticeable is the name on the director’s chair. Abrams was busy helming that other sci-fi juggernaut, leaving the Fast and the Furious’s Justin Lin to assemble the pieces and play the cosmic strings. Lin is good at car crashes and man bonding, but Star Trek’s DNA doesn’t hail from the same place. Gene Rodenberry’s view of humanity pans up a bit higher on the body of history and plays to more intellectual pursuits. Or so it should. Lin makes good use of all the devices on his dashboard, and he revs the Enterprise’s twin nacelles with a teenager’s enthusiasm for a new ride, but Beyond never formulates a moral argument – which has always been the main source of thrust in the franchise. 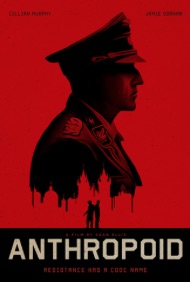 With no special effects, a seamless period design steeped in rusts and dusty neutrals, and two handsome leads (Jamie Dornan, Cillian Murphy) on a secret mission, the first act of Anthropoid is enough to conjure warm memories of a weekend matinee. We feel a surging sense of noble purpose as we root for Jan Kubis and Josef Gabcik to take out Reinhard Heydrich, Hitler’s top aide in Czechoslovakia, but also a shiver of guilt: We’d all rather survive another day than face the firing squad. Director Sean Ellis (Metro Manila) seizes this squirming feeling and lets it define the whole piece because it’s here, in that reluctant sense of rightness, that heroism truly lives. If Gabcik and Kubis weren’t terrified at the prospect of shooting Heydrich in the open streets of Prague, their task might be daunting, but it wouldn’t register as real. The whole thing would have felt like an episode of Mission: Impossible with a hint of Hogan’s Heroes. Instead, Ellis adopts a smaller scale. The whole thing has a strange, contained feeling that works against the grand tableaux of war movie clichés – a deeply personal, small-scale approach that makes it a miniature in the world of battlefield art. Shortly after Steve Gleason was diagnosed with ALS, he learned his wife was having a baby. He knew his time was short, so he decided to create a video diary of his thoughts and feelings. Gleason is a collection of those personal revelations. But it’s also a lot more. Gleason’s friends and family decided to help with the filming, turning a personal voyage into a communal experience. Gleason taps two potent spigots of emotion through form alone: sports movies, where heroes are always full of heart, and the non-fiction portrait of terminal illness, where we watch souls like us fade to black. Alone, each genre has its inherent drawbacks stemming from too much sentiment, but blended together by Tweel’s careful measure, Gleason becomes a bubbling tonic for the spirit. The magic ingredient is Gleason himself, the all-star who famously blocked a punt at the team’s first home game following Hurricane Katrina. Gleason’s strength of spirit isn’t just inspiring because he soldiers on, but because he lets himself feel all the pain and wonder of being alive – even in a broken and failing body. 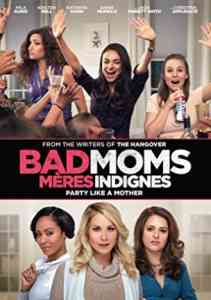 There’s a disparity in comedy – and it’s not all that funny: Male characters can get away with being delinquent caregivers and neglectful daddies to generate some yuks, but put a cigarette in the mouth of a pregnant woman and you’re a social menace. Maybe writer-directors Jon Lucas and Scott Moore wanted to break the glass ceiling with this attempt at female-focused comedy, but Bad Moms will leave you looking for the exit after the first act. Mila Kunis is overworked and under-supported. She has two great kids, a non-starter ex-husband and an odd buddy who helps her deal with the dominant über-mom played by Christina Applegate. The mean, back-biting girl stuff may well ring true, but it’s such a tired old trope that it actually feels a little demeaning and counterproductive to the purpose at hand, which is to make women laugh about being imperfect at motherhood.